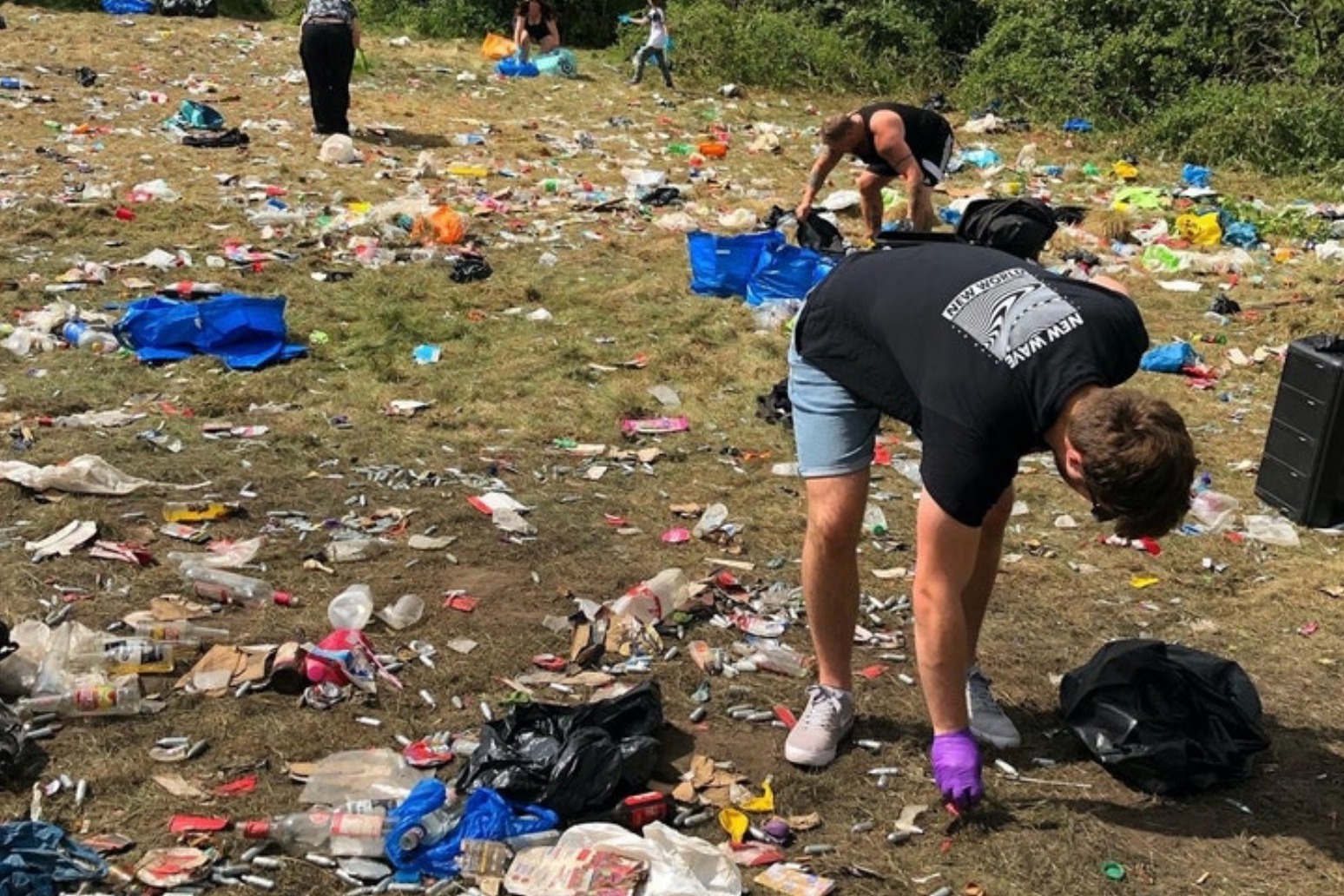 Lockdown-breaking revellers are being urged not to attend illegal raves at the weekend as police warned they could face criminal prosecution.

He added there was an “indication” there may be an illegal gathering in or around the region this weekend.

Forces across the country have also urged people not to attend illegal raves because they are not safe and risk spreading coronavirus.

Warning off anyone considering attending illegal gatherings, Mr Jamieson said: “There have been, in other parts of the country, these raves to which large numbers of young people have turned up.

“I fully understand – and I think it is expected – an upsurge among young people wanting to burst out of being at home.

“I get that entirely.

“All I would say to the parents and particularly their children is firstly, think about yourself and your family, and whether you’re going to a rave where there is virtually no distancing at all.

“Is that a sensible thing? Do not go.

“The second thing is, of course, you risk prosecution if you do actually try and organise or do actually attend one of these raves.”

A 20-year-old man died after a suspected drug overdose and three others were stabbed as thousands attended raves in Oldham and nearby Carrington in the Greater Manchester area on June 13.

At Carrington, there were reports of three separate stabbings, while an investigation was launched into an allegation an 18-year-old woman had been raped at the same event.

In a video posted on Twitter, Pc Will Horrocks, of Greater Manchester Police, said that illegal raves can be “incredibly difficult” to get help to.

Pc Horrocks, who was part of the response to an illegal rave in Carrington, added: “Bear in mind there’s no security there, there’s no staff there.

“The site where this illegal rave was, it was highly remote, it was well and truly off any nearby roads or pathways so it made it incredibly difficult to get help there.”

Greater Manchester Police said that a man had been arrested in connection with the illegal rave in Carrington.

On Friday, police raided a house in the Salford area and arrested a 33-year-old man on suspicion of conspiracy to cause a public nuisance and criminal damage, the force added.

Meanwhile, police in Staffordshire said officers had to break up a gathering of more than 1,000 people in Lichfield last weekend.

The force said they were aware of plans for further “utterly unacceptable” illegal raves and would have a heavy police presence patrolling “potential hotspot areas”.

It warned anyone attending could be arrested if they fail to comply with a direction to leave, while organisers would be “dealt with robustly and may be prosecuted”.

Chief Superintendent Carl Ratcliffe said: “Do not go to illegal raves and risk your lives.”

He also called on the public for help, adding: “The key to stopping these events is early intelligence.”

The warning was echoed by Lancashire Police’s deputy chief constable Terry Woods who said on Twitter that the force will use “significant resources” to track down people trying to arrange illegal raves.

He added: “Clear message to anyone thinking of arranging illegal raves in Lancashire – due to risk it presents to public we will attach significant resources to proactively track you down and arrest you.”

The force said that an 18-year-old man from Thornton had been arrested on Friday in connection with the organisation of a planned illegal rave in the Blackpool area.

Merseyside Police chief superintendent Matt Boyle warned that the pandemic was not over even though restrictions have been eased.

He added: “Hosting or attending these sorts of events, whether they take place in an area of natural beauty, other open spaces, private land or inside a property or venue, puts you and the wider public at significant risk.

“The Covid-19 pandemic is not over, nor should we treat it like it is. Yes, restrictions have been eased, however this does not mean that normal life resumes.”