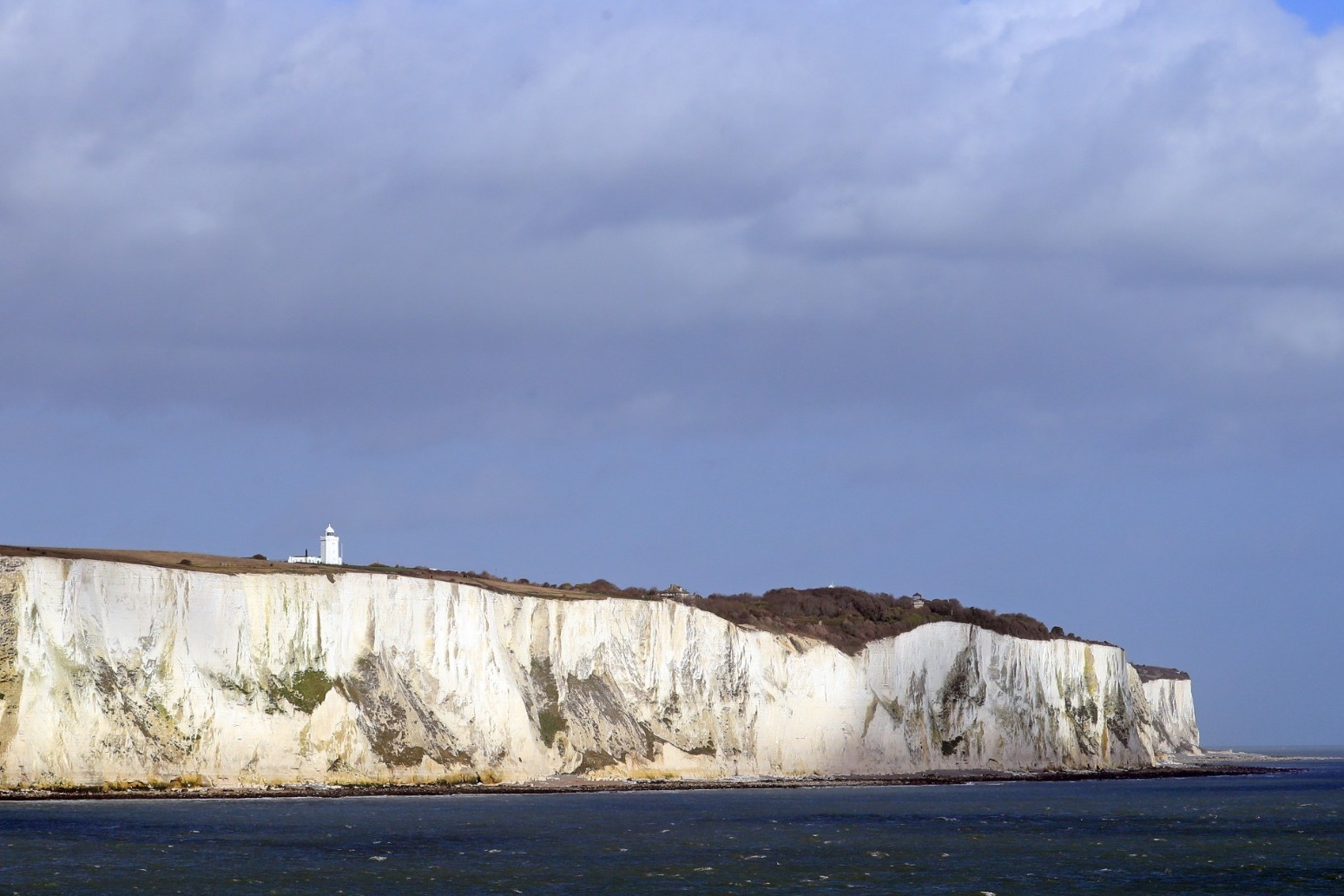 Protesters have gathered at the port of Dover to demonstrate over thousands of migrants reaching the UK in small boats.

There were fears of violence ahead of Saturday with both pro and anti-immigration activists announcing their intention to assemble in the Kent town.

It comes despite pleas from local MP Natalie Elphicke to “stay away” to prevent a second wave of Covid-19.

On Friday night the words “Rise above fear. Refugees welcome” were beamed onto the White Cliffs of Dover by humanitarian charity Freedom From Torture.

A heavy police presence is in place in the town, with large concentrations of officers in Market Square and the railway station.

A cohort of officers on horseback are among those monitoring the situation.

Various groups had announced their intention to travel to Dover on Saturday to protest for or against migrant crossings.

Addressing a crowd of about 100, Peter Keenan from Kent Refugee Help said when society sees people who are fleeing war and turns them away “that says something about the state of your society”.

He continued: “We are not those people. We are standing up and welcoming people who are in desperate circumstances fleeing from awful situations.”

Meanwhile, others were expected to try and “shut the port down” by driving slowly along roads and potentially trying to block harbour entrances with boats.

Anti-racist group Hope Not Hate had raised concerns in advance of the event that there will be violence and that splintered elements of the British far-right may also travel to Dover.

Chief Superintendent Nigel Brookes from Kent Police said: “As a force, it is our responsibility to facilitate peaceful protests, however we will not tolerate violence or disorder.

“Anyone planning to visit Dover with the intention of committing offences should be aware they are not welcome here and that we will seek to prosecute anyone who breaks the law.”

The total number of migrants who have crossed the sea to Britain in 2020 is now more than 5,600, analysis by the PA news agency shows.