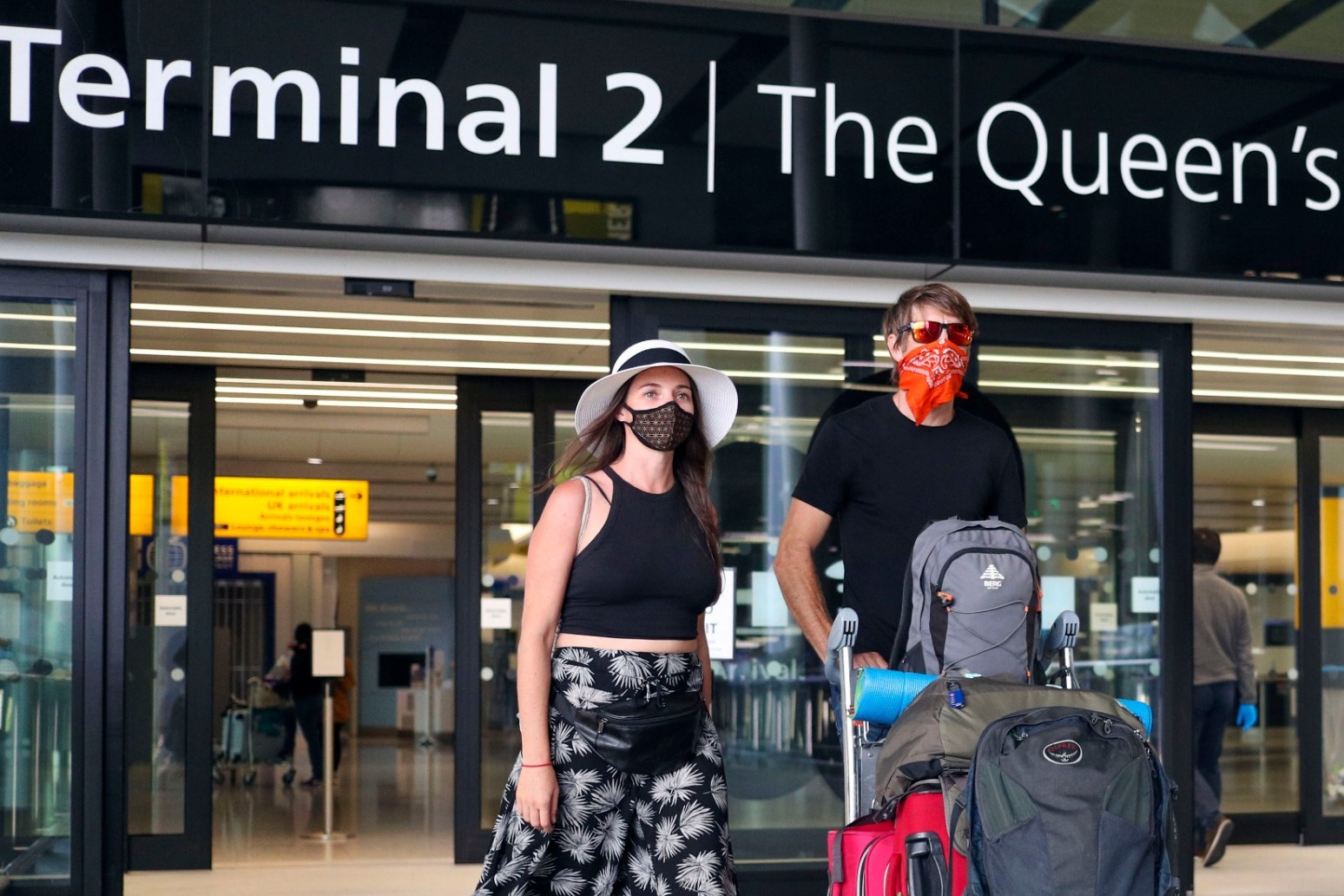 Ministers are set to reveal a list of countries exempted from the coronavirus quarantine while Boris Johnson will warn the public to act “responsibly” when the lockdown eases.

Transport Secretary Grant Shapps will outline on Friday that people returning to England from Spain, France, Italy and Germany will be exempted from the 14-day quarantine.

He will set out the other countries to be exempted from the measure from July 10, but there is no guarantee that foreign nations will not require travellers from the UK to self-isolate on arrival.

The announcement also exposes a fracture in the response from across the four nations, with the exemption only applicable to travel to England, while the devolved administrations will set out their own approaches.

The Prime Minister will lead a Downing Street press conference on Friday ahead of pubs, restaurants and hairdressers reopening in England on Saturday.

He is expected to warn the nation “we are not out of the woods yet” and that severe restrictions could return if transmission of Covid-19 rises with the easing of the lockdown imposed on March 23.

“They are our local restaurants, hairdressers, libraries, museums, cinemas, and yes, pubs. They are also hotels, B&Bs, indeed much of our tourism industry,” he will say, according to an extract released to the media ahead of the speech.

“All these businesses and their workers have put in a heroic effort to prepare their venues for this reopening, to work out a way to trade in a way that keeps their customers safe.

“But the success of these businesses, the livelihoods of those who rely on them, and ultimately the economic health of the whole country is dependent on every single one of us acting responsibly. We must not let them down.”

But, in order to prevent a “flood of redundancy notices”, Labour was demanding that the Government extends the furlough scheme for sectors hit hardest by the pandemic.

Shadow chancellor Anneliese Dodds called for a “targeted strategy” to protect businesses after the PM said it would not be “healthy” for the economy or workers for the scheme to run past its scheduled end date in October.

Mr Johnson has been under pressure to relax the quarantine measures imposed on travellers returning from abroad in order to ease the strain on the travel industry.

After much talk of forming so-called air bridges of reciprocal quarantine-free travel with other nations, the Department for Transport (DfT) indicated these have not been confirmed.

Instead, a statement said it was the Government’s “expectation” that a number of exempted countries will not require arrivals from the UK to self-isolate.

A rift across the four nations is also possible, with the DfT saying the devolved administrations “will set out their own approach”, meaning passengers arriving in Scotland, Wales and Northern Ireland “should ensure they follow the laws and guidance which applies there”.

The policy had already created a row between the governments in Westminster and Holyrood after Mr Shapps tried to blame the Scottish administration for delaying its announcement.

The SNP accused the UK Government of failing to engage them in “meaningful consultation” while First Minister Nicola Sturgeon said Mr Shapps had misrepresented the situation.

And Welsh First Minister Mark Drakeford will announce that the five-mile restriction on travel in Wales will be lifted from Monday, where pubs and restaurants will open from July 13.

In Scotland, face coverings will become mandatory in shops from July 10 when the two-metre social distancing rule will be reduced in the hospitality and retail sectors as well as on public transport.