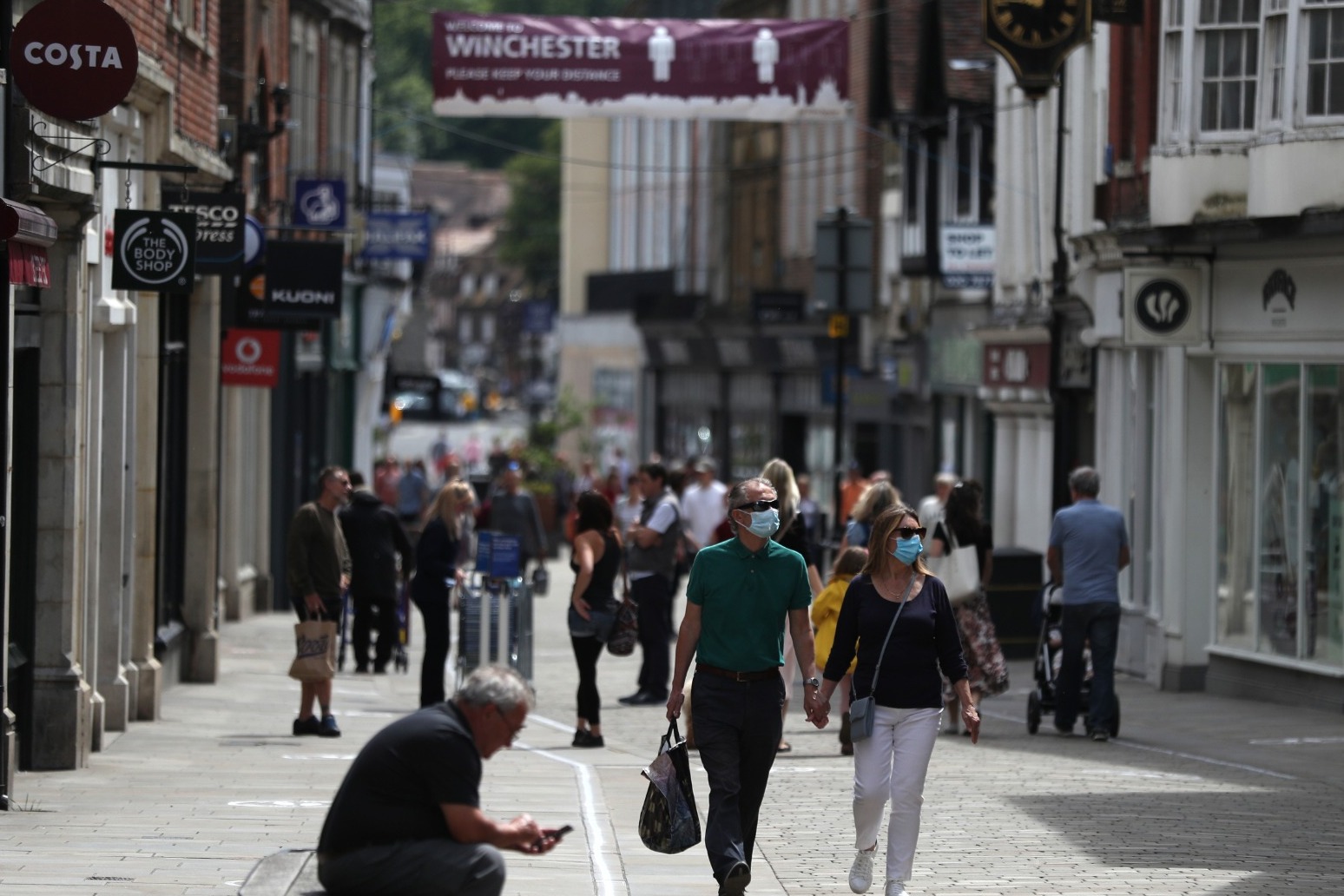 New figures from retail experts Springboard revealed that footfall across UK shopping destinations fell by 56.6% in June compared to the same month in 2019.

However, the organisation said this reflected green shoots of improvement in the sector as it increased from a 73.3% year-on-year decline in May.

Springboard stressed that the reopening of non-essential stores in England on Monday June 15 was a “turning point” for retailers.

Footfall across all retail destinations for the week starting June 15 jumped by 40% against the previous week, as shoppers lined up go to their favourite fashion stores.

The pent-up anticipation to shop again resulted in the significant spike, but footfall in the subsequent two weeks “slowed considerably”, Springboard said.

Diane Wehrle, insights director at Springboard, said: “Long queues coupled with a restricted shopping experience due to social distancing could be the contributing factors to this sudden drop off in footfall.

“This is concerning for the economic recovery path of bricks and mortar retail who are heavily reliant on customer experience.”

In June, footfall was still particularly low on high streets, with many customers refraining from travel into city centres.

Meanwhile, footfall at shopping centres slid by 62.3% for the month

Retail parks were more resilient, as they reported that footfall declined by 32.2% as they continued to benefit from the presence of large supermarkets.

Ms Wehrle said: “This is a sharp contrast with high streets and shopping centres which rely on a blend of shoppers, workers, students, tourists and residents to fuel spending.

“The fact that much of the workforce continues to work from home, tourists and many students are absent, as well as the Government urging consumers to only use public transport for essential travel, means that footfall and therefore sales, will continue to be compromised in these retail destinations.”