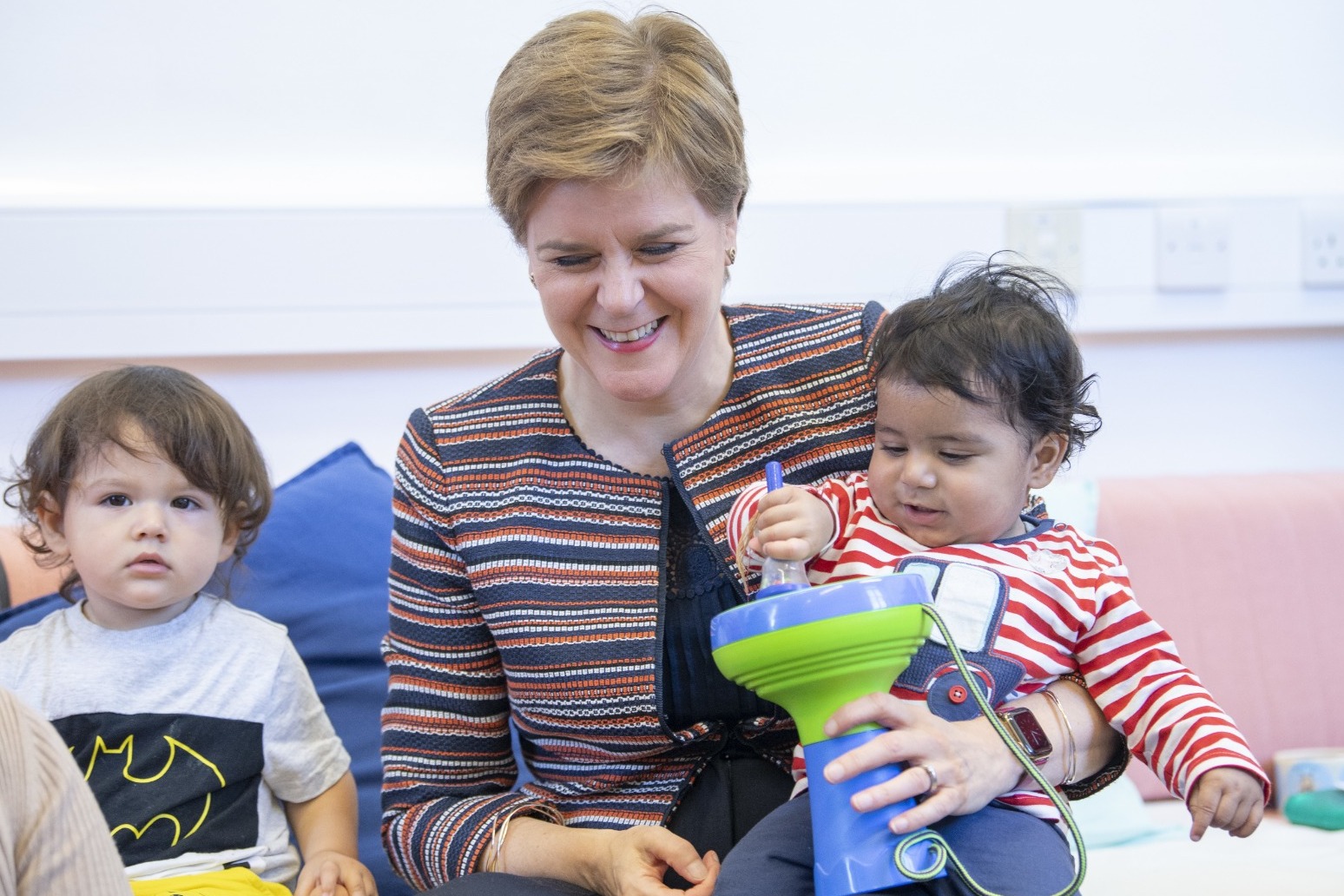 Approximately 400,000 children will be eligible for an anti-poverty benefit increase from November as Nicola Sturgeon sets out a raft of cost-of-living actions in her Programme for Government.

The Scottish child payment is set to be increased to £25 per eligible child per week from November 14. The benefit will now also be open to all eligible under-16s.

The current payments of £20 a week currently help an estimated 104,000 youngsters under the age of six.

The First Minister will set out how the Scottish Government will help households and businesses cope with the cost emergency which she said “will cost lives”.

Speaking ahead of her statement to Parliament on Tuesday on the 2022/23 programme for government, Ms Sturgeon said the poverty-busting policy, which is not available anywhere else in the UK, is an important action to “mitigate the growing cost emergency”.

The payment doubled to £20 in April, resulting in a rise of 150% in less than eight months, she said.

“The Scottish child payment is unique to Scotland, the most ambitious child poverty reduction measure in the UK and an important action to mitigate the growing cost emergency,” she said.

She renewed calls on the UK Government to take urgent action as most of the key policy levers and resources to address the crisis lie with Westminster.

Ms Sturgeon added: “Through this year’s Programme for Government we will take every action, within the financial means and legislative powers at our disposal, to help people through this humanitarian crisis that will cost lives.

“The most significant powers to tackle this crisis rest squarely with the UK Government and their inaction has compounded the difficulties everyone is facing.

“In the absence of a plan from the incoming prime minister we have set a clear set of actions which the UK Government could take now, and should have taken already, to begin to address the crisis.

“These include an immediate cancellation of the October price cap and an uprating of benefits.

“The last few months have made it abundantly clear Scotland cannot rely on the UK Government to support people in Scotland through this crisis. It is vital they have a choice over their future.

“Make no mistake, we will continue to act where others have not to help people and businesses – and the UK Government needs to follow our example.”

A UK Government spokesperson said: “We know that rising prices are impacting people in Scotland and across the UK – which is why we we’ve already taken action to help households with £37 billion worth of support throughout the year, which includes specific support to help people through the difficult winter ahead.

“Eight million of the most vulnerable households will see £1,200 extra support, provided in instalments across the year, and everyone will receive £400 over the winter to help with energy bills.

“That’s including a record fuel duty cut and a national insurance cut worth up to £330 a year for the typical employee.

“We have also provided the Scottish Government with a record £41 billion settlement for the next three years and it has significant control over taxes and benefits.”