Rota system could be used for secondary schools in lockdown areas 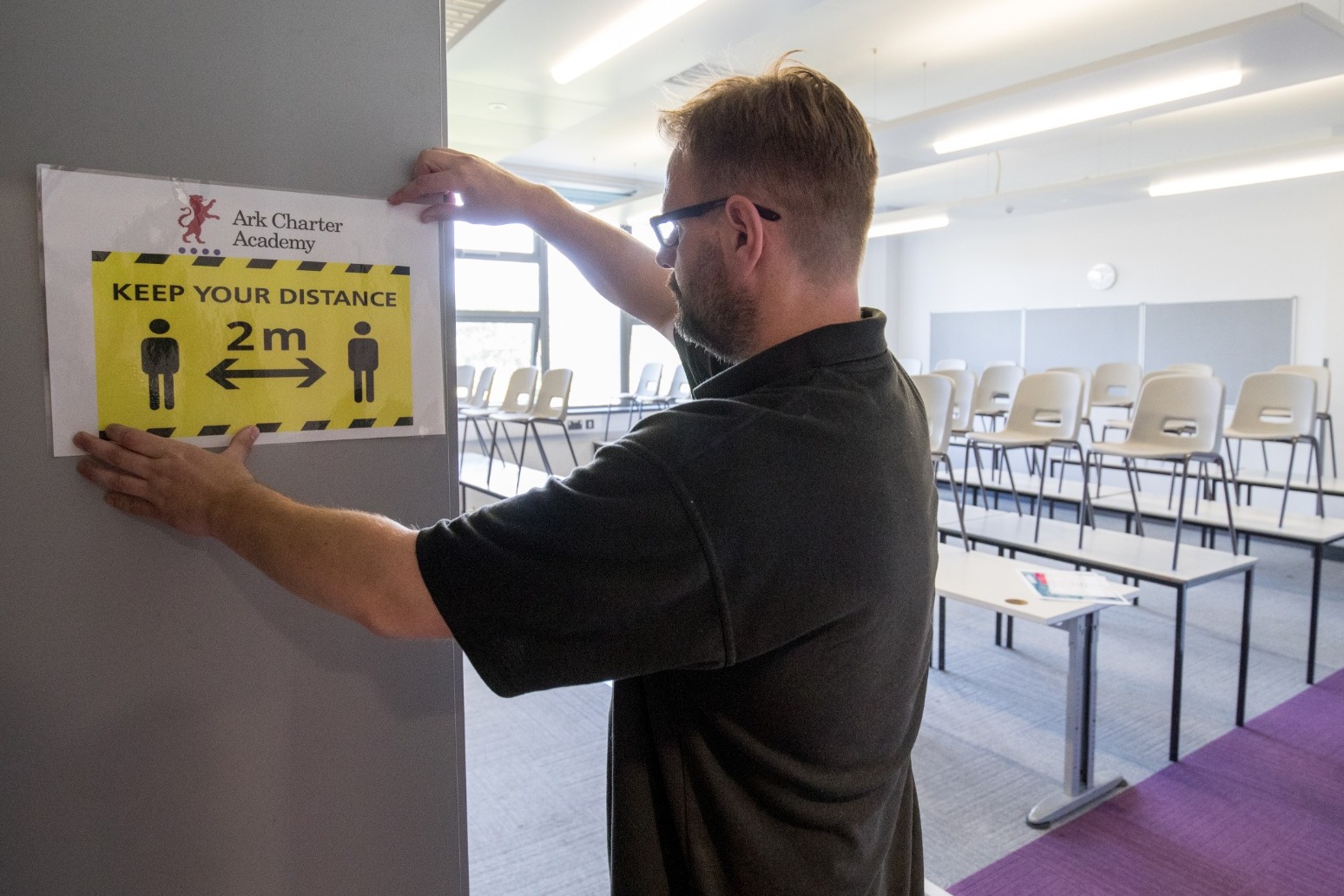 A “rota system” limiting the number of pupils going to secondary schools at any one time could be used for local lockdown zones, while teachers and students may need to wear face coverings in communal areas, according to new Government guidance.

The staggered approach will reduce how many people students come into contact with, helping to break transmission chains by giving enough time at home for symptoms to become apparent, said the Department for Education (DfE).

If a coronavirus case is confirmed, every pupil in the affected person’s class, or “bubble”, may have to quarantine for two weeks, it added.

Education Secretary Gavin Williamson said any changes to school attendance “will only ever be an absolute last resort”.

He added: “However, it is important that both Government and schools prepare for a worst case scenario, so this framework represents the sensible contingency planning any responsible government would put in place.”

But school leaders criticised the timing of the announcement, which came on Friday evening just before the bank holiday weekend, with millions of pupils returning to class next week for autumn term.

Geoff Barton, general secretary of the Association of School and College Leaders, said: “To wait until the Friday night before most schools return isn’t the Government’s finest moment.

“Obviously, schools haven’t had any chance whatsoever to incorporate this into their planning and will now have to revisit the plans they have put in place.”

Paul Whiteman, general secretary of school leaders’ union NAHT, added: “We’ve been calling for the Government to publish a Plan B for several weeks.

“Finally it is here, but another late night publication is fairly typical of what we’ve become used to.”

She added: “The Government’s incompetence is insulting to the school leaders and teachers who have worked so hard over summer to prepare schools for children to return.”

The lengthy guidance said schools should base their plans on a four-tier system, and the extra measures for secondary schools should kick in at the second tier.

“However, schools can choose to operate a one-week rota (so, five days on-site, followed by nine days at home) if this is necessary for the effective delivery of the curriculum.”

The guidance added: “In all areas of national government intervention, at schools where students in year seven and above are educated, face coverings should be worn by adults and pupils when moving around the premises, outside of classrooms, such as in corridors and communal areas where social distancing cannot easily be maintained.”

The DfE said any suspected coronavirus cases will need to self-isolate and get tested.

It added: “If a case is confirmed, local public health officials will work with the school to take appropriate measures, including asking all members of a pupil’s bubble to isolate for 14 days and access remote education while other pupils continue attending.”

The guidance does not apply to primary school children, as scientific evidence indicates they “play a limited role in transmission”, it added.

All schools remain open at tier one, while tiers three and four mean more stringent restrictions such as closures to all but pupils in vulnerable groups or children of key workers.

Earlier on Friday, England’s deputy chief medical officer Dr Jenny Harries commented on the issue of face masks for school pupils, saying: “The evidence on face coverings is not very strong in either direction.

“At the moment the evidence is pretty stable, but it can be very reassuring in those enclosed environments for children and for teachers as well, to know that people are taking precautions.”

She said the advice could change in the future.

The DfE also updated its guidance on music performances in schools, saying singing, wind and brass playing should not take place in choirs or ensembles without significant space, plenty of natural air flow for players and audiences and “strict social distancing and mitigation”.

Children’s Commissioner for England Anne Longfield has also called on the Government to substantially bolster its financial and mental health support for pupils to avoid “losing a generation for good”.

She told The Guardian: “The Government needs to be bold, and on the sort of scale that saw hospitals built in weeks, and workers paid in furlough, to make sure no child is left behind. If not they risk losing a generation for good. The stakes are simply that high.”