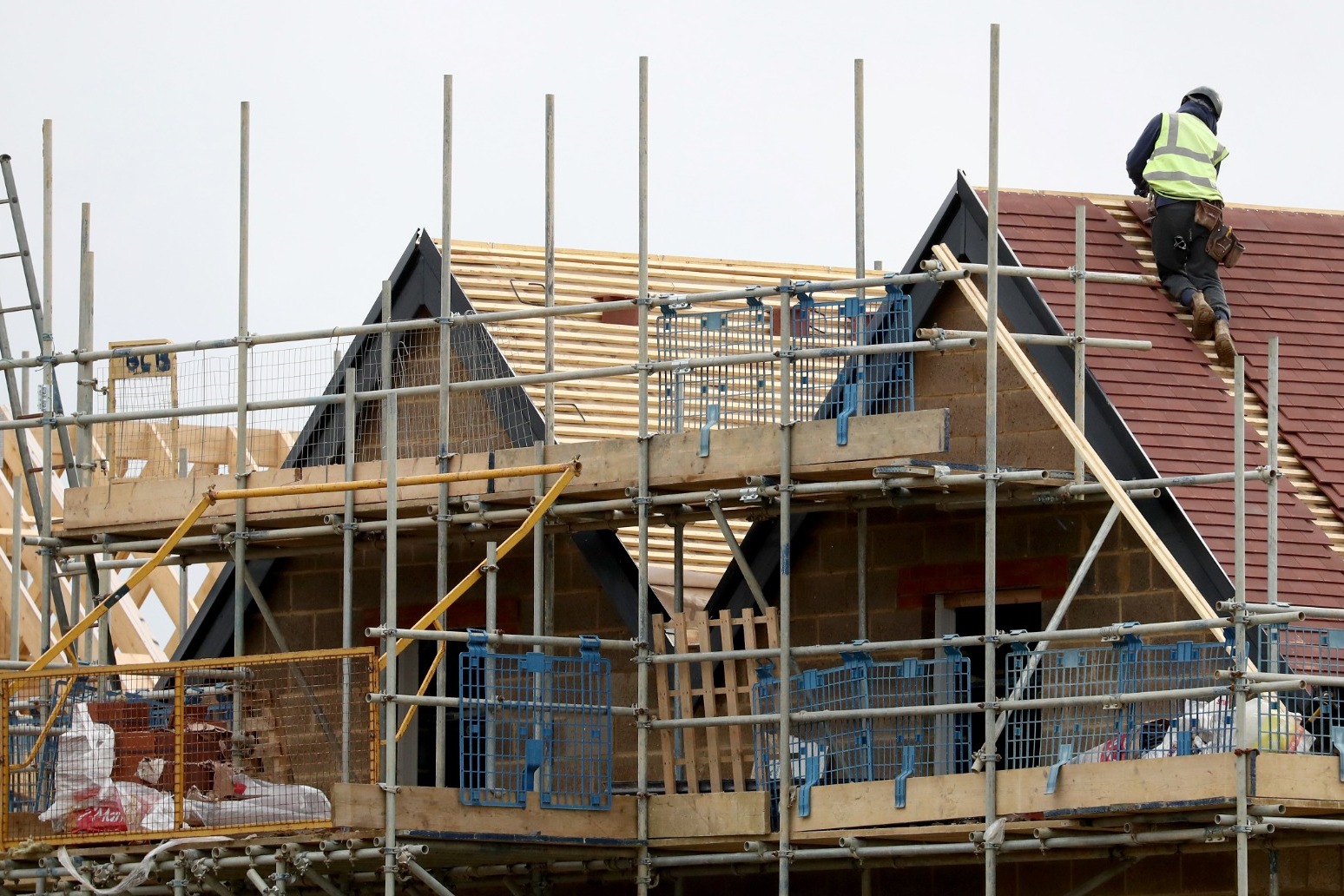 Sweeping reforms to the planning system will cut red tape and speed up house building, ministers said amid warnings they could lead to a new generation of slums and ignore local concerns.

Housing Secretary Robert Jenrick said the major overhaul of planning policy in England would protect green spaces while making it easier to build on brownfield sites.

But Labour branded the move a “developers’ charter”, while the Campaign to Protect Rural England said it was not clear how much local involvement there would be under the proposed system.

Despite the Government’s insistence that the moves would create tree-lined streets and promote “beautiful” buildings, the Royal Institute of British Architects (RIBA) said there was “every chance they could also lead to the creation of the next generation of slum housing”.

Prime Minister Boris Johnson and his senior aide Dominic Cummings have both advocated reform to the system and the proposals in the Planning for the Future White Paper published on Thursday set out the Government’s vision.

Part of the new process will involve quicker development on land which has been designated “for renewal”, with a “permission in principle” approach that the Ministry of Housing, Communities and Local Government (MHCLG) said will balance the need for proper checks with a speedier way of working.

The other two categories will see land designated for growth where new homes, hospitals and schools will be allowed automatically to empower development, while areas of outstanding natural beauty and the green belt will come under the protection category.

Mr Jenrick said it takes seven years to agree local housing plans and five years just to get a spade in the ground, and the proposed changes aim to speed up the process.

He added: “These once-in-a-generation reforms will lay the foundations for a brighter future, providing more homes for young people and creating better quality neighbourhoods and homes across the country.

“We will cut red tape, but not standards, placing a higher regard on quality, design and the environment than ever before.”

It also aims to boost the share of houses built by small and medium-sized building firms, which built 40% of new homes 30 years ago but only 12% today.

The White Paper proposes that all new streets should be tree-lined and the MHCLG also says “all new homes to be carbon neutral by 2050, with no new homes delivered under the new system needed to be retrofitted”.

Councils will also be forced to lay out a “local plan” of where new homes can be built, as only 50% have such schemes in place.

The reforms aim to reduce the number of planning cases that get overturned at appeal by creating a “clearer, rules-based system”.

A new national levy would replace the current system of developer contributions and “beautiful buildings” will be fast-tracked through the planning system.

But RIBA President, Alan Jones, said: “While there’s no doubt the planning system needs reform, these shameful proposals do almost nothing to guarantee the delivery of affordable, well-designed and sustainable homes.

“While they might help to ‘get Britain building’ – paired with the extension of permitted development – there’s every chance they could also lead to the creation of the next generation of slum housing.”

Shadow housing minister Mike Amesbury said: “This is a developer’s charter that will see communities sidelined in decisions and denied vital funding for building schools, clinics and community infrastructure.”

Tom Fyans, deputy chief executive of CPRE (Campaign to Protect Rural England), said: “The key acid test for the planning reforms is community involvement, and on first reading it’s still not clear how this will work under a zoning system.”

The Local Government Association’s chairman James Jamieson said nine in 10 applications are approved by councils with more than a million homes given planning permission over the last decade yet to be built and the system should focus on that.

“Any loss of local control over developments would be a concern,” the Tory council chief warned.

Kate Henderson, chief executive of the National Housing Federation, said the Government was proposing to scrap Section 106 agreements which can be used to require private developers to build a certain amount of social homes on a site.

“Any alternative to Section 106 must ensure we can deliver more high quality affordable homes to meet the huge demand across the country,” she said.

But Matthew Fell, CBI chief UK policy director, said the reforms “will allow housebuilders to get to work”.

And the Royal Institution of Chartered Surveyors welcomed the moves as a “big step in the right direction”.

There were concerns about the environmental measures contained within the proposals.

Nikki Williams, director of campaigning and policy at The Wildlife Trusts, said tree-lined streets are not enough.

She added: “Parks, green spaces and all the areas around our homes must be part of a wild network of nature-rich areas that will benefit bees and birds as much as it will enable people to connect with on-your-doorstep nature every single day.”

John Alker, director of policy and places at the UK Green Building Council, said they were “deeply concerned” by the 2050 target for carbon neutral homes.

“All new homes must rather be net zero carbon in operation by 2030 at the latest, in order to meet our national net zero target,” he said.