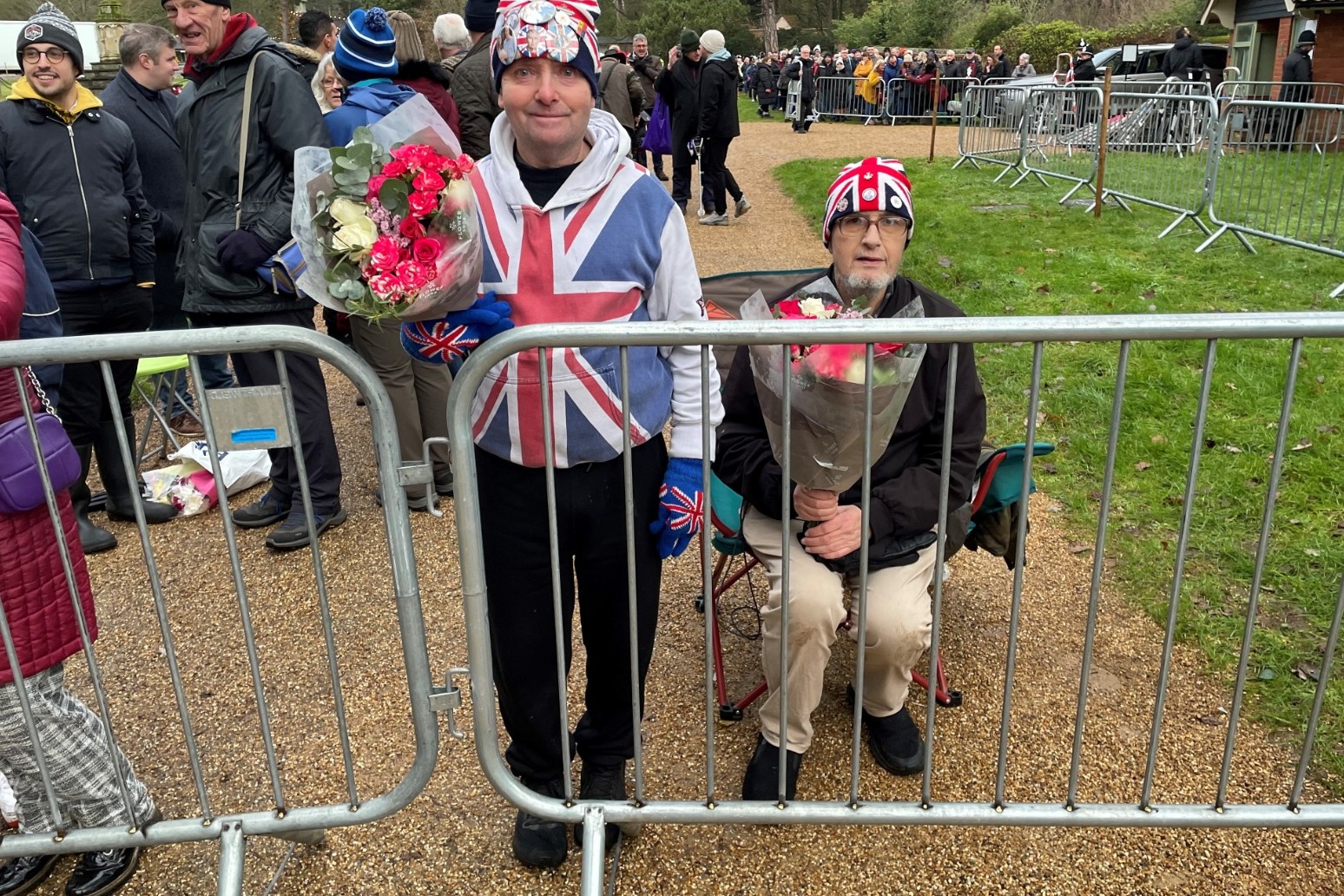 The King has attended the royal family’s traditional Christmas Day church service for the first time since the death of his mother, the Queen.

They were joined by the Prince and Princess of Wales and their children – Prince George, nine, Princess Charlotte, seven, and four-year-old Prince Louis, who walked hand in hand with Kate.

Also in the walking group, who passed a crowd of well-wishers on the way to the church, was the disgraced Duke of York.

The Earl and Countess of Wessex were also in the group.

The Duke and Duchess of Sussex, who live in California, were absent.

Members of the royal family were greeted outside the church by the Reverend Canon Dr Paul Rhys Williams before they climbed the steps to the church and the National Anthem was sung before the first hymn, O Come, All Ye Faithful.

This year’s gathering at Sandringham is the first time the royal family have spent Christmas at the private royal residence in Norfolk since 2019.

The late Queen had spent the festive period at Windsor Castle for two years in a row, in 2020 and 2021, due to the Covid-19 pandemic, before her death in September this year.

Traditionally, royal Christmases at Sandringham feature a turkey lunch at the house before the family settle down to watch TV, which this year will include Charles’s first Christmas Broadcast as monarch