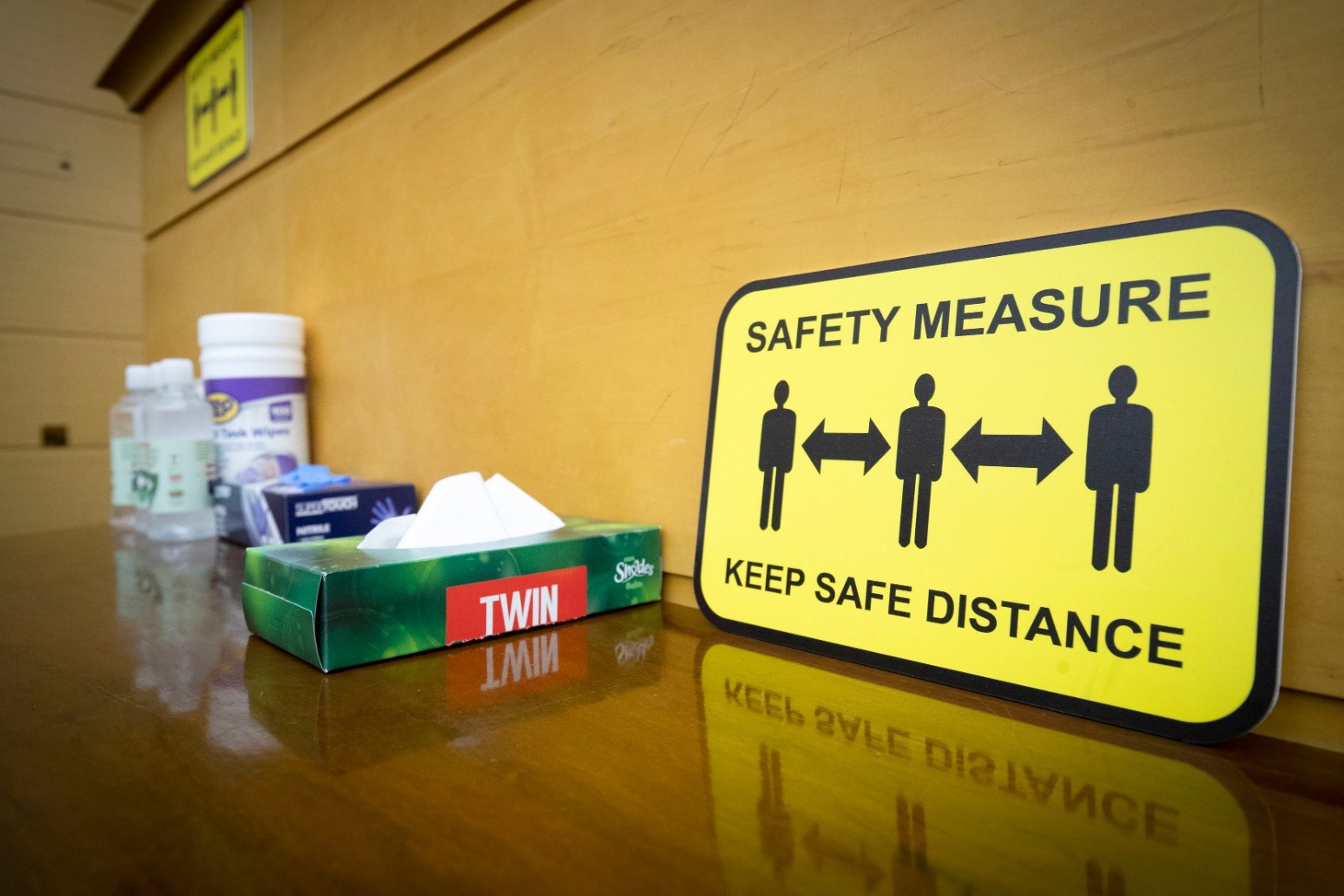 Boris Johnson may struggle to deliver his vision of a “significant return to normality” in time for Christmas, leading scientists have warned.

The Prime Minister signalled another significant easing of coroanavirus lockdown restrictions in England on Friday, relaxing work-from-home guidance and paving the way for theatres and sports stadiums to reopen.

At a No 10 press conference, he said it was his “strong and sincere hope” that ministers would be able to review the remaining restrictions from November onwards “possibly in time for Christmas”.

However Sir Mark Walport, a former chief scientific adviser, said that it could prove difficult to achieve with respiratory illnesses tending to flourish in the colder weather.

He said that while the disease was declining, there were still between 3,000 and 11,000 new cases a day in England.

“The Prime Minister said ‘Hope for the best, plan for the worst’. Of course what we need to do as far as possible is prevent the worst.”

His comments echoed the chief medical officer for England Professor Chris Whitty who warned measures such as hand-washing, isolation and household quarantine would be needed for a “prolonged period”.

Giving evidence to the Lords Science and Technology Committee on Friday, he said: “It has not gone away. So, all of those need to continue for a long period of time.”

The Government’s chief scientific adviser Sir Patrick Vallance – who had previously warned against easing the work-from-home guidance – told the committee that the winter would be a “very complex time” with people going down with other illnesses which were not Covid-19.

In his address, the Prime Minister said it will be up to employers in England to discuss with workers whether it is safe to return from August 1.

From that date, also most remaining leisure centres will reopen and indoor performances with live audiences can resume if pilots are successful, while trials will begin for sports stadiums to reopen from October.

However he said that ultimately “decisions are taken by the elected politicians”.

It means that from next month, wedding receptions for up to 30 people can resume, and bowling lanes, skating rinks, casinos and beauticians can reopen as long as they have measures in place to reduce Covid-19 transmission.

Pilots to reopen sports stadiums will include the World Snooker Championship in Sheffield from July 31 and the Glorious Goodwood horse racing festival from August 1.

In an attempt to prevent another nationwide shutdown, Mr Johnson said local authorities in England will have new powers from Saturday to close specific premises, shut outdoor spaces and cancel events.

Ministers will also be able to close entire sectors or types of premises in an area and issue “stay at home” orders, Mr Johnson said.

He also set out his plans to prepare the NHS for a potential second spike in Covid-19 cases coinciding with the flu season this winter, saying the nation must be “hoping for the best, but planning for the worst”.

An extra £3 billion funding for the NHS in England, and extra cash for the devolved nations, will allow Nightingale hospitals to remain open and for private hospital capacity to be used until the end of March.