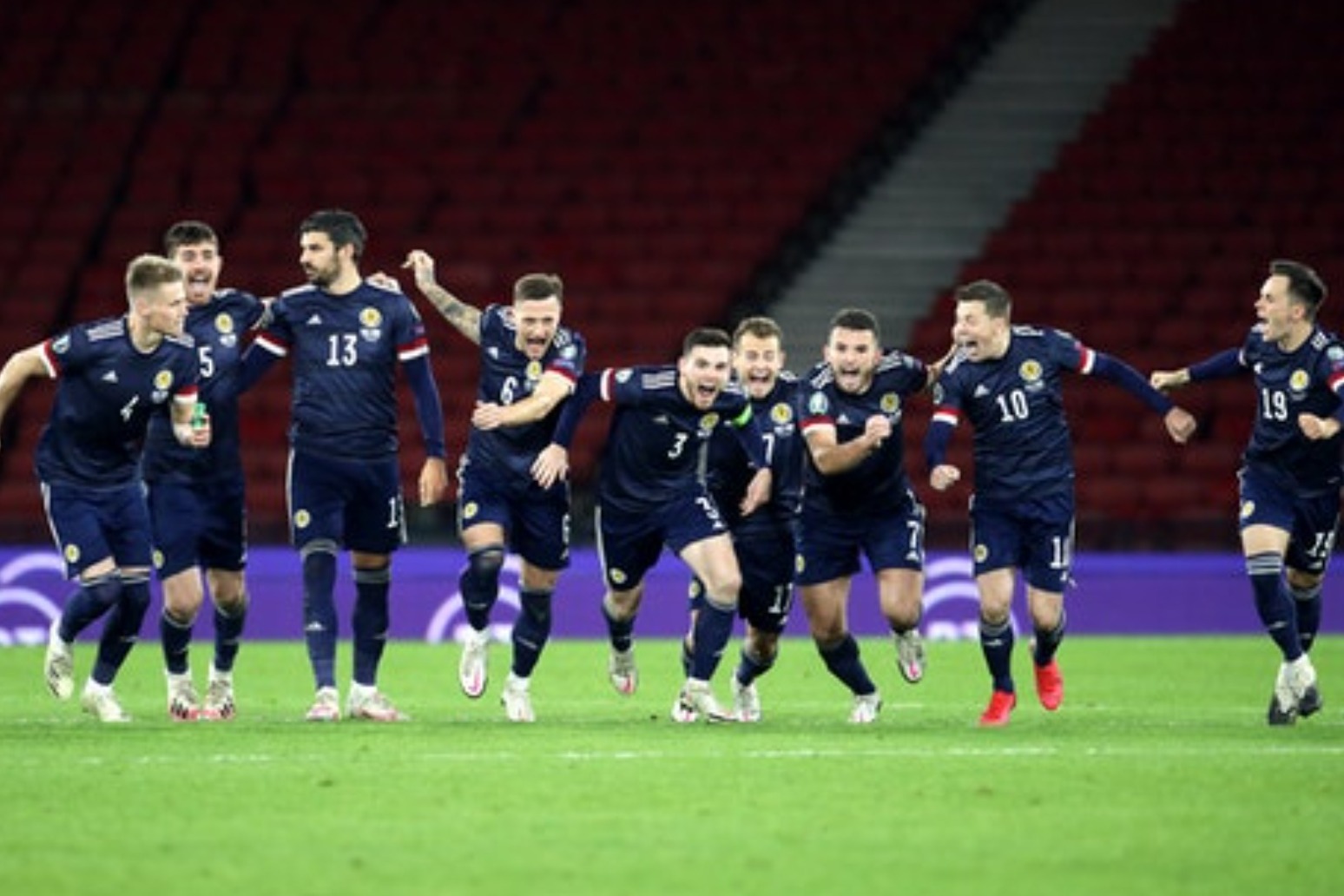 After 120 goalless minutes, John McGinn scored the first spot kick for the home side before the Derby County goalkeeper gave the Scots the advantage by saving an attempt from Eran Zahavi.

Callum McGregor, Scott McTominay and Lawrence Shankland all scored as did Nir Bitton, Shon Weismann and Abu Fani leaving substitute Kenny McLean, on for Stephen O’Donnell, to slot his penalty in for a 5-3 win.

Scotland travel to take on Serbia in the final on November 12 where they will look to get through to a finals of a major tournament for the first time since the 1998 World Cup finals in France.

Marshall, who admitted it was “very strange” to be involved in Scotland’s first penalty shoot-out, in a match that was originally scheduled for March but delayed due to the coronavirus crisis, said: “It is probably more relief than anything.

“You just want to get through a semi-final, however you do it. We were preparing for it in March and it was taken away.

“It would have been a massive disappointment to lose, especially at home when you are expected to win.

“It has given us that chance next month to go to Serbia and 90 minutes away from getting to a championships.”

He said: “Yes, it’s, it’s a big chance. We spoke about, hopefully making a small piece of history for the national team.

“We still have that in front of us. So that was the objective was to make sure that we were in the final next month. And we’ve achieved that.

“I’m really pleased for the players, 120 minutes in a tense, nervy affair and then they had to show a lot of character towards the end to get the win out of the penalty shoot-out.

“And thankfully the little bit of work we did on penalties during the week paid off.”