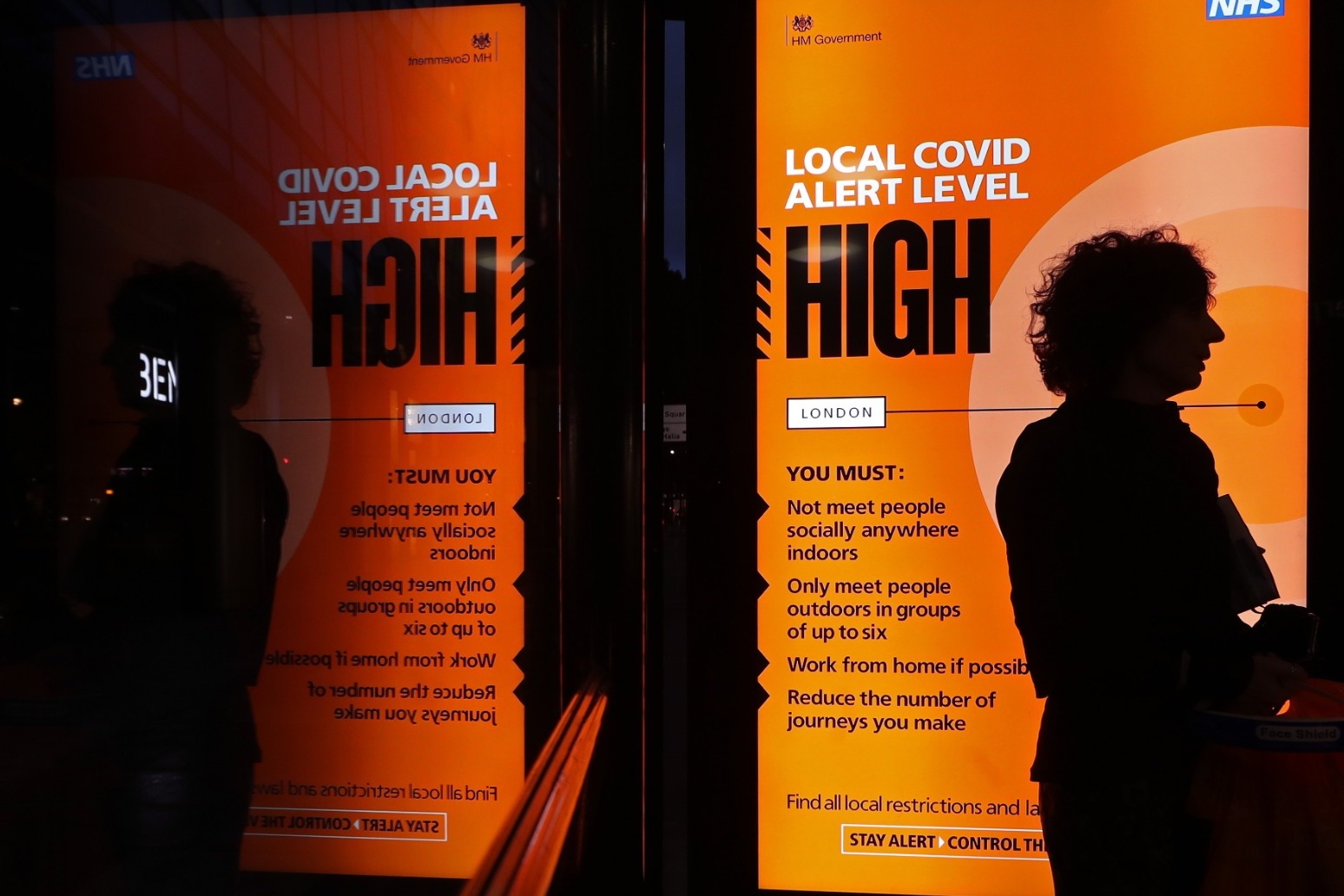 Contacts of people infected with coronavirus may have to self-isolate for as little as seven days amid concerns in Whitehall about the levels of public compliance with the Test and Trace system.

Officials on the Government’s Covid-19 taskforce are understood to be examining the case for reducing the current fortnight period of isolation to between 10 days and a week.

The move – which would not apply to those who test positive for the disease – comes amid growing dissatisfaction with the performance of the system from ministers and MPs.

Boris Johnson was said to have become “disillusioned” with statistics provided by the service after they proved to be wrong, according to The Sunday Telegraph.

At the same time, there were said to be concerns that the prospect of a lengthy period indoors if they are contacted by Test and Trace is deterring people from co-operating.

The Telegraph quoted a No 10 source as saying: “Compliance is not as high as we would like and self-isolation is key if we are going to beat the virus.”

It comes after Test and Trace – headed by the Conservative peer Baroness Harding – last week hit a record low with just 59.6% of the contacts of people who tested positive for the disease being successfully contacted and told to self-isolate.

In a further sign of the unrest at Westminster, senior Tory backbencher Sir Bernard Jenkin launched a scathing attack on the performance of the system, saying public consent and co-operation was “breaking down”.

Writing in The Sunday Telegraph, he said there was a “vacuum of leadership” at the top of the organisation and called for a change that was “visible and decisive” with a senior military figure being put in charge.

“There is a spaghetti of command and control at the top, which is incapable of coherent analysis, assessment, planning and delivery,” he wrote.

“The immediate priority is to fill the vacuum of leadership in Test and Trace, which is destroying cooperation and compliance.

“Government harnessed the military to regain control in the foot and mouth crisis; the Prime Minister should follow that example today, by installing a single leader, a three or four star military commander with a reputation for handling complexity under stress.

“Test and trace should then be tasked with generating and sustaining a campaign targeted at achieving behaviour change by consent.”

Sir Bernard, who chairs the Liaison Committee of senior MPs which questions the Prime Minister twice a year, added that Lady Harding should be given a “well-earned break” so she and others could “reflect on the lessons learned so far”.

In response, the Department of Health and Social Care acknowledged there were areas where the service needed to improve, but said people should be “talking it up, not down”.

“Dido Harding and her leadership team – drawn from the military, public and private sectors – have built the largest diagnostic industry the UK has ever seen,” a spokesman said.

“It is the equivalent of building an operation the size of Tesco in a matter of months. The NHS Test and Trace system has built a testing capacity of 400,000 tests a day, from a starting point of 2,000 a day in March.

“This capacity is bigger per head than France, Germany, Italy and Spain and we have contacted over 1.1 million people and asked them to self-isolate.

“We need to improve in areas and we are very much focused on that, but we should be talking it up, not down.”

Meanwhile, talks are expected to continue this week between the Government and local leaders in Nottinghamshire, with parts of the county expected to enter the tightest Tier 3 restrictions on Wednesday.

The council in Warrington in Cheshire has already confirmed it will be moving to the very high alert level on Thursday.