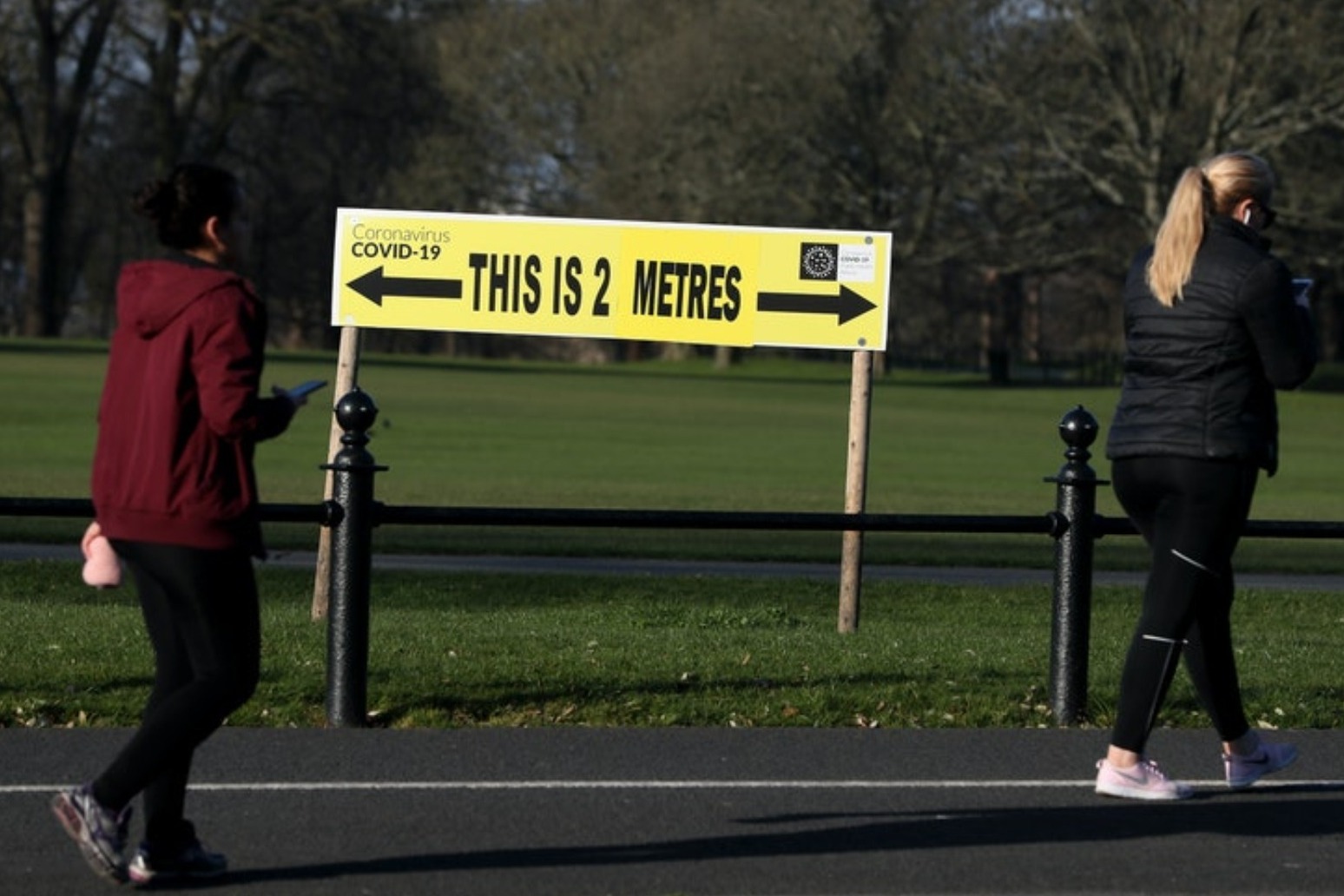 Social gatherings of more than six people will be illegal in England from Monday as the Government seeks to curb the rise in coronavirus cases.

Prime Minister Boris Johnson will use a press conference to announce the change in the law after the number of daily positive Covid-19 cases in the UK rose to almost 3,000.

The legal limit on social gatherings will be reduced from 30 people to six. It will apply to gatherings indoors and outdoors – including private homes, as well as parks, pubs and restaurants.

Gatherings of more than six people will be allowed where the household or support bubble is larger than six, or where the gathering is for work or education purposes.

Exemptions will also apply for weddings, funerals and Covid-secure organised team sports, with a full list to be published by the Government before Monday.

Mr Johnson is expected to tell the press conference: “We need to act now to stop the virus spreading. So we are simplifying and strengthening the rules on social contact – making them easier to understand and for the police to enforce.

“It is absolutely critical that people now abide by these rules and remember the basics – washing your hands, covering your face, keeping space from others, and getting a test if you have symptoms.”

Some 2,420 lab-confirmed cases of coronavirus were recorded in Britain as of 9am on Tuesday, following the 2,988 reported in the UK on Sunday, which was the largest daily figure since May.

The Government hopes that the change to the law will make it easier for the police to identify and disperse illegal gatherings. Failure to comply could result in a £100 fine, which will double on each repeat offence up to £3,200.

Number 10 said Mr Johnson held a virtual roundtable with police forces last week where officers expressed their desire for rules on social contact to be simplified.

But the Police Federation of England and Wales urged the Government to “play its part” through a public information campaign after “so many changes in legislation”.

The association’s national chairman John Apter said: “For policing, these constant changes to legislation are becoming the norm. The pressures on policing have increased significantly over recent months and this latest change will add to this pressure.

“My colleagues will support the public through what is going to be a very difficult time. At all times they will also remind people that a breach of these regulations means breaking the law.

“However, the Government needs to play its part. With so many changes in legislation, an effective public information campaign must be a priority – as there’s been so much confusion for the public and many people don’t know exactly what the law says.”

Different rules apply to social gatherings elsewhere in the UK.

In Scotland, up to eight people are allowed to meet indoors, while groups of 15 from up to five households are permitted outdoors, but people should maintain a social distance.

People there should not meet people from more than four other households in total whether indoors and/or outdoors.

In Wales, up to 30 people can meet outdoors and in Northern Ireland the number is 15.

The change to the law comes after Mr Johnson told his Cabinet that ministers must ensure there is “no complacency” among the public, and particularly young people, following the rise in coronavirus infections.

And Health Secretary Matt Hancock warned of a possible second peak, as he imposed further measures in Bolton restricting all hospitality to takeaways only – as well as new rules meaning venues will have to close between 10pm and 5am.

Meanwhile, Welsh Health Minister Vaughan Gething said a local coronavirus lockdown is being imposed in Caerphilly because there is evidence of “community transmission” in the area.

People will not be allowed to enter or leave the area without a reasonable excuse after the restrictions came into force at 6pm on Tuesday.

– EasyJet’s chief executive officer, Johan Lundgren, said the Government faced its “last chance” to save the aviation industry, writing in the Daily Mail that the removal of passenger taxes and a winter furlough scheme would help the sector survive.

– A “Hands Face Space” campaign has been launched urging people to ensure they have washed their hands, used a mask where appropriate and maintain social distancing.

– Sarah-Jane Marsh, a senior official at NHS Test and Trace, issued an apology to people unable to get a Covid-19 test, saying laboratories processing the tests are at a “critical pinch-point”.

– Just over 57,400 deaths involving Covid-19 have now been registered in the UK, according to figures from official data sources.