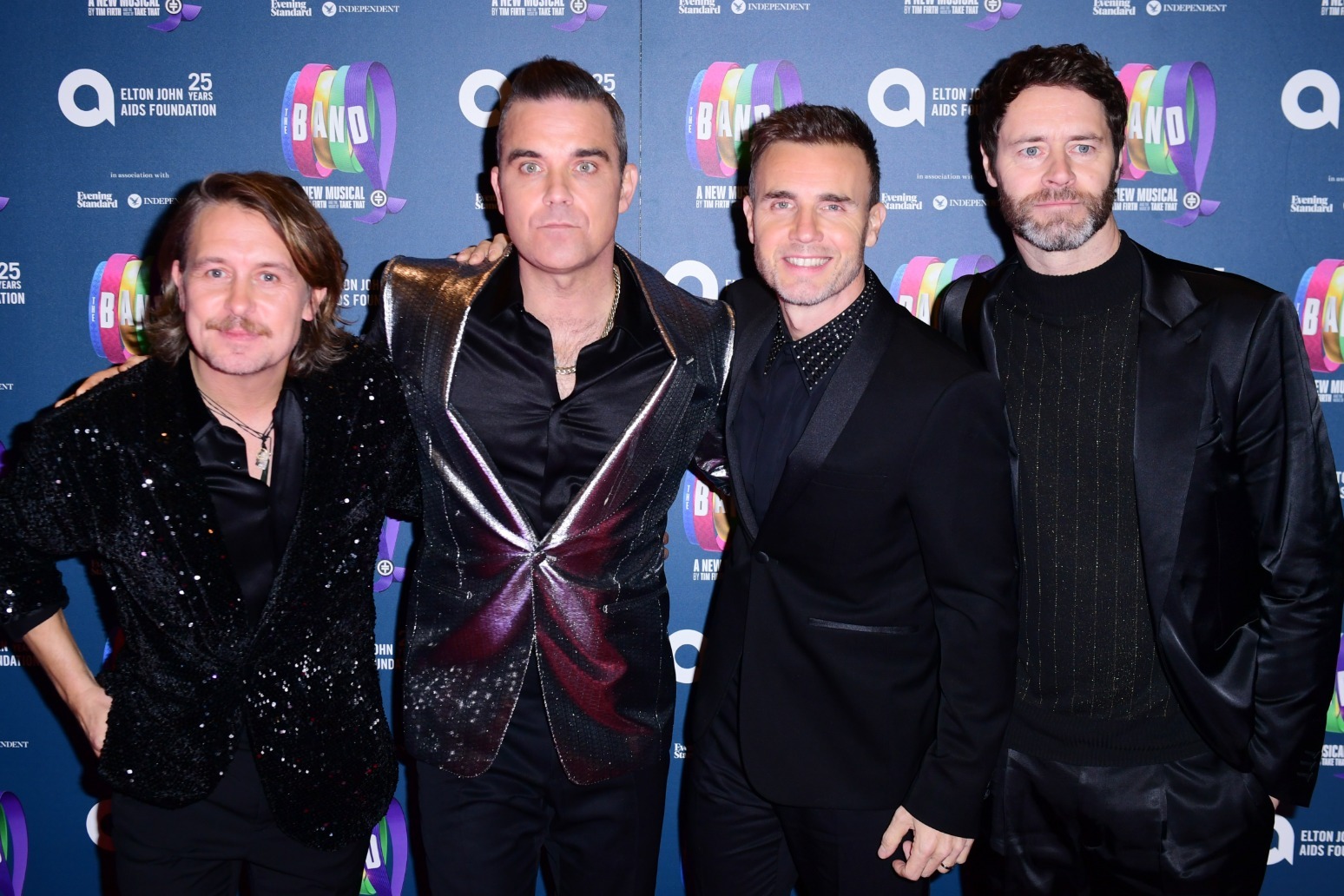 Take That are to headline the British Summer Time festival in Hyde Park next summer.

Gary Barlow, Howard Donald and Mark Owen will reunite on Saturday July 1 for their only UK live date of the year.

They will be joined by chart-topping Irish band The Script and the recently reformed classic line-up of Sugababes.

Take That said: “We’re so excited to be back together and that BST Hyde Park will be the first stage we perform on in almost four years.

“We have incredible memories of playing there in 2016 and we can’t wait to see everyone in July.”

The group, now a trio following the departure of Robbie Williams and Jason Orange, last released an album in 2017.

Owen recently told the PA news agency the trio have discussed starting recording sessions for their ninth studio album at the start of 2023.

Already announced for the 2023 edition of BST are P!nk, Billy Joel, Bruce Springsteen and the E Street Band, and K-pop group Blackpink.

The shows will mark the 10th anniversary of the annual concert series in central London.

This past summer its headliners included Sir Elton John performing as a part of his Farewell Yellow Brick Road tour, The Rolling Stones and Adele.

Tickets will go on general sale on Thursday November 3.