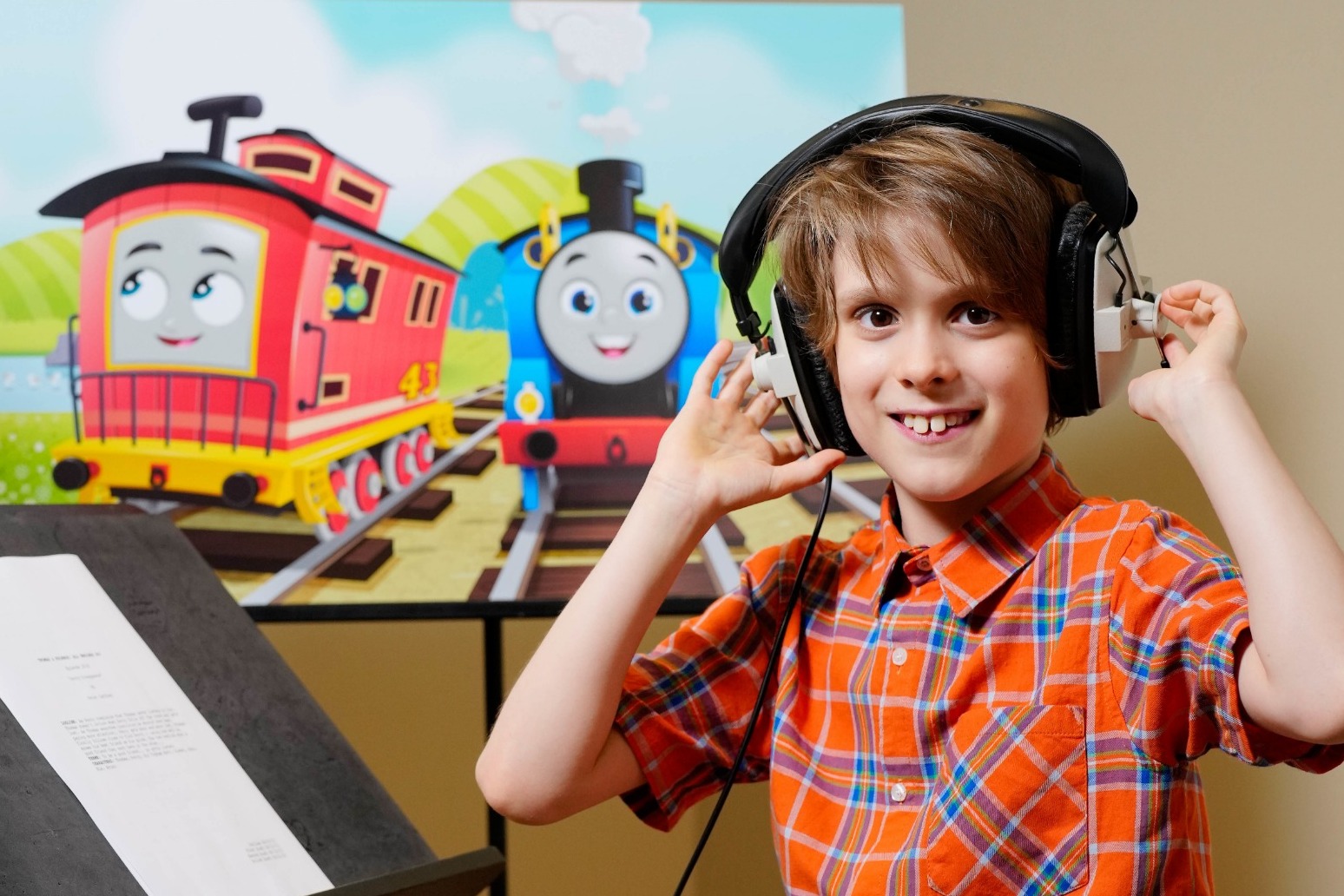 Children’s TV show Thomas & Friends is introducing its first autistic character who has been created in collaboration with autistic writers and organisations.

The new role of Bruno the Brake Car will be voiced by nine-year-old autistic actor Elliott Garcia from Reading, who the National Autistic Society helped cast.

Bruno is a “joyful, pun-making brake car” who is detail-orientated and enjoys schedules, routine and knows where all the tracks lead in the area.

He rolls in reverse at the end of the train, which gives him a unique perspective on the world, as he helps the other engines by keeping heavy cargo steady with his strong brakes.

The engine car also use his a lantern on his red exterior to communicate his emotional state, moving when he is excited or cautious and he can create ear defenders by puffing out steam if he feels sensitive to loud noises.

Garcia said: “When I won the role of Bruno, I imagined that it was a dream, but it wasn’t! I felt really excited and happy.

He added that he can relate to the character in some ways, explaining: “His ear defenders I do relate to, because if there’s a really loud noise I can’t cope.

“I can get quite worried about things, I have to think of new strategies, same as Bruno.”

The character and storylines were developed by Mattel Television in collaboration with US autism organisations including the Autistic Self Advocacy Network (ASAN) and Easterseals Southern California as well as autistic writers and spokespeople.

Autism is a developmental disability which affects how people communicate and interact with the world, as described by the National Autistic Society.

Tom Purser, head of guidance, volunteering and campaigns at the National Autistic Society, said: “It’s important that everyone sees autistic characters on our screens because there are 160,000 school-age autistic children in the UK and they want to see their stories told, but it’s also important that non-autistic children get insight and understanding into what it can be like to be autistic.

“What Elliot brings to this role is his joy and enthusiasm, his autistic experiences and he just brings the character to life.”

Christopher Keenan, senior vice president and executive producer of global content development and production at Mattel, added: “Bruno’s introduction organically embraces a global audience that is underrepresented and deserves to be celebrated in children’s programming.

“So much care and thought went into the development of his character, and we can’t wait for audiences to meet and love Bruno as much as we do.”

Bruno will be seen in future episodes of Thomas & Friends: All Engines Go! on Channel 5’s Milkshake from September 21 at 7am.