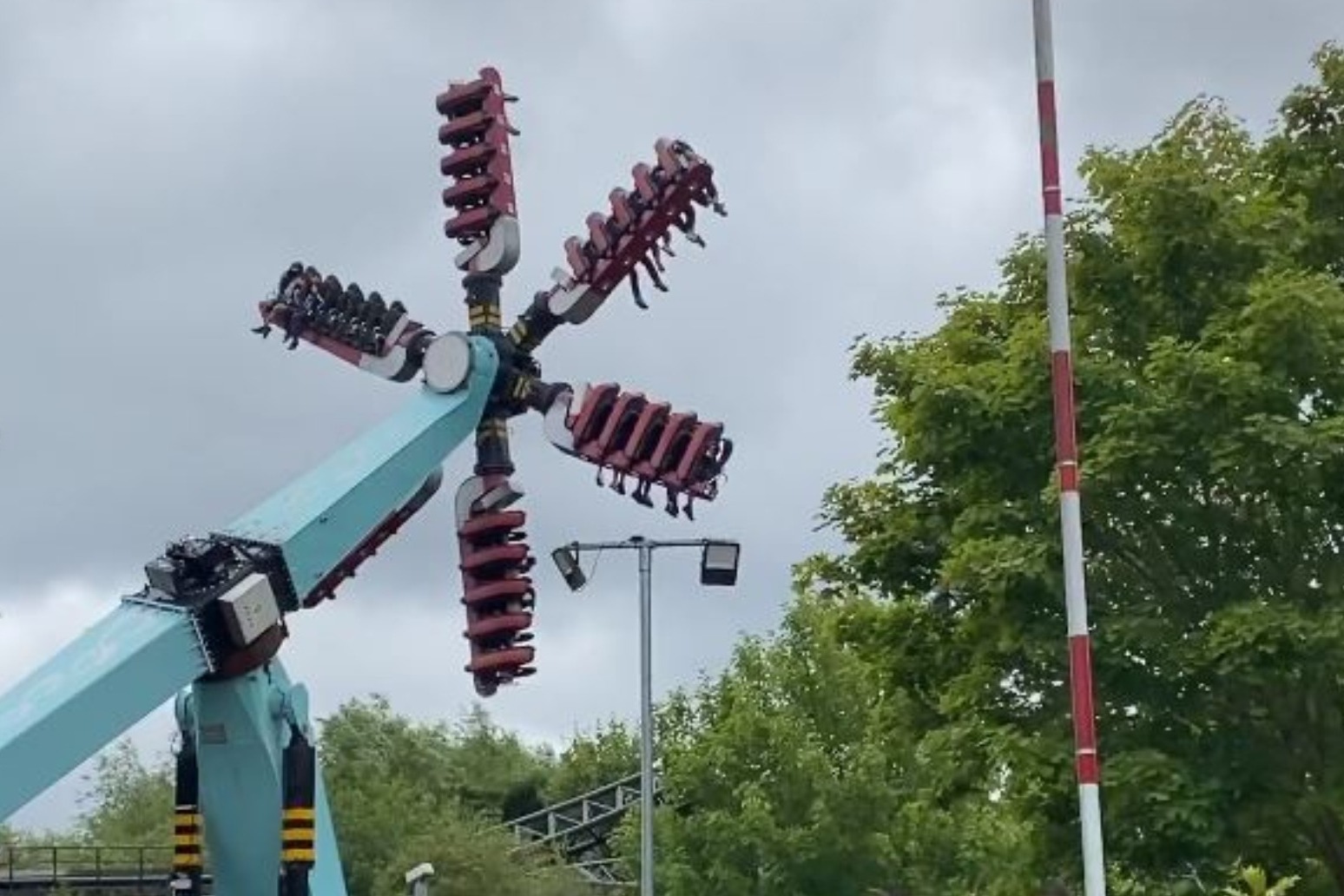 The popular rollercoaster and ride resort said: “We feel confident we have the necessary security procedures and measures in place to keep our guests and staff safe.”

Park-goers were locked down inside the resort on Saturday afternoon after a man in his 20s suffered a serious slash wound to his stomach following a fight between two groups on a footbridge near the park exit.

Two men, also in their 20s, are in police custody on suspicion of attempted murder, Surrey Police said on Saturday.

Security teams carry out bag searches and regularly patrol the premises and investigations are ongoing into how a weapon was brought inside the resort, near Chertsey, in Surrey.

Megan Apps told the PA news agency how her bag was searched for 10 seconds but not thoroughly.

She said: “They didn’t even search all sections of my bag.

“No frisking and no detectors.

“Hopefully policies change, I won’t be going back otherwise.”

In a statement posted to Twitter on Sunday, Thorpe Park said: “We would like to reassure guests that the incident which took place at the resort as a result of an altercation between two groups yesterday was very much an isolated incident.

“The health, safety and security of our visitors and staff is our primary objective.”

The park said it had an “excellent security track record” with no similar incidents over 40 years.