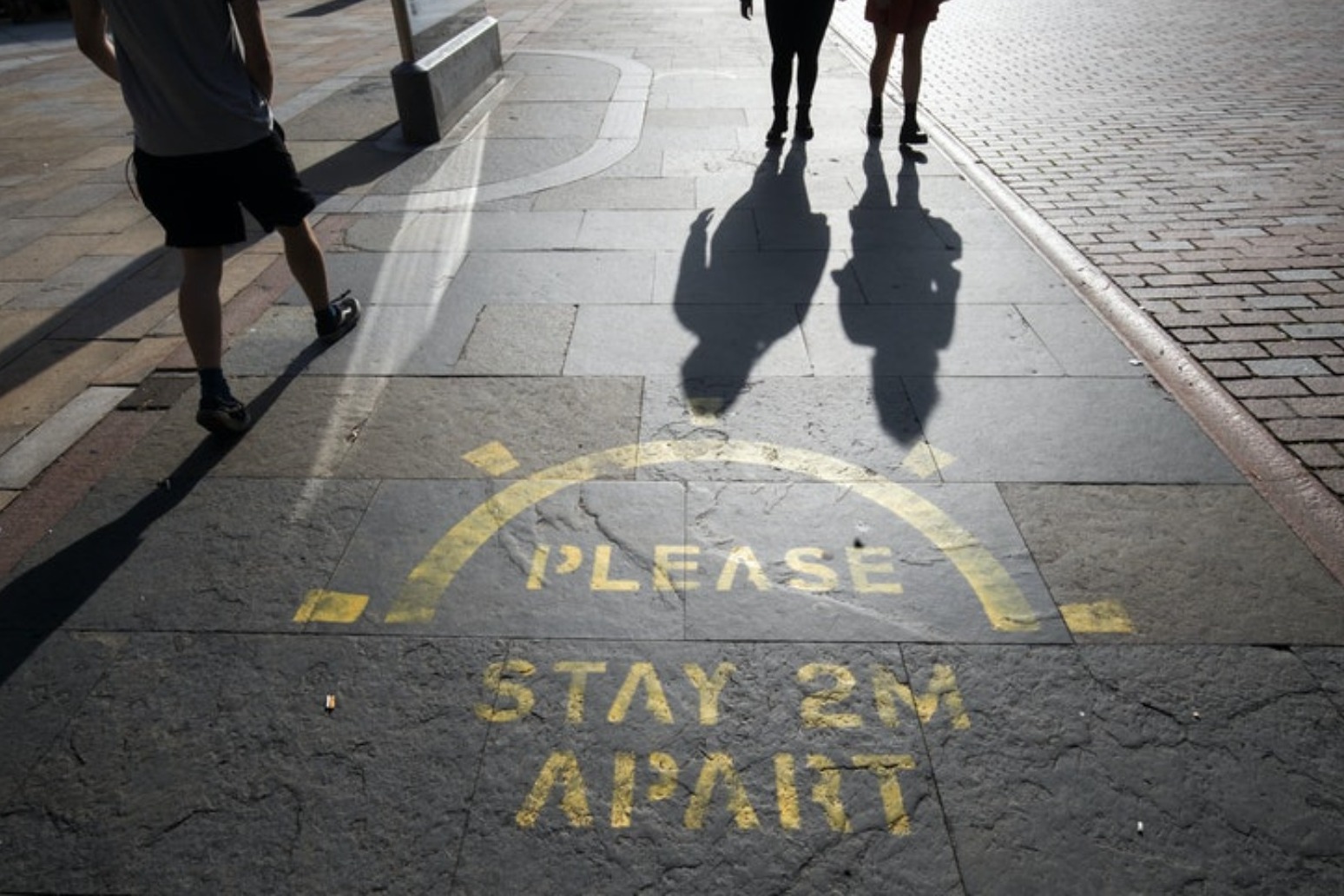 The Government has warned that Britain could face much tougher measures if new rules to curb coronavirus fail to get the infection rate under control.

Boris Johnson said the nation faces an “unquestionably difficult” winter and warned the latest restrictions could last the next six months.

In a televised address the Prime Minister said “we must reserve the right to go further” if the pace of transmission continues to rise.

The new strategy for England will see office staff once again working from home, the wider use of face masks and a 10pm curfew on pubs and restaurants.

Businesses will face £10,000 fines or closure for failing to comply with regulations, and people risk £200 penalties for failing to wear masks or breaching the “rule of six”.

The military could be used to free up police officers to tackle coronavirus rulebreakers.

Labour leader Sir Keir Starmer will deliver a “right of reply” address to the nation in response to Mr Johnson on Wednesday evening.

Other measures being introduced in England over the coming days include:

– From Thursday, pubs, bars and restaurants will be table-service only and hospitality, leisure and entertainment venues will be subject to a 10pm closing time. Takeaways will also close from 10pm to 5am, although they will be allowed to deliver.

– Face coverings will be required for taxi passengers from Wednesday and for retail staff and hospitality customers, except when sitting down eating or drinking, from Thursday.

– Covid-secure guidelines will become legal obligations for retail, leisure and tourism firms, with businesses facing the risk of fines or closure for failing to comply.

– From Monday, a maximum of 15 people will be allowed to attend wedding ceremonies and receptions.

– From Thursday, the rule of six will be extended to cover indoor team sports, such as five-a-side football games.

– Plans to allow business conferences and crowds at sporting events from October 1 have been shelved.

The new rules – and similar or tougher controls elsewhere in the UK – followed scientists’ warnings that the number of cases was doubling every seven days.

The number of confirmed coronavirus cases in the UK passed 400,000, with a further 4,926 lab-confirmed cases as of 9am on Tuesday.

The Government said a further 37 people had died within 28 days of testing positive for Covid-19 as of Tuesday.

Mr Johnson said he was “deeply, spiritually reluctant” to infringe on people’s freedoms, but unless action was taken now there would be a need for harsher regulations later “when the deaths have already mounted”.

And she suggested the tougher approach may mean the rules do not have to be in place as long as restrictions in England.

Paul Hunter, professor in medicine at the University of East Anglia, said there was a question over whether the rules announced by the Prime Minister would “in themselves be sufficient to reverse the increase in cases as we move into autumn”.

Prof Hunter added: “It is doubtful that the measures currently being enacted will be sufficient to reduce the R value to below one much before this side of Christmas.”

The Government faced renewed calls to do more to support businesses, with the hospitality industry warning that the new restrictions would be a “crushing blow”.