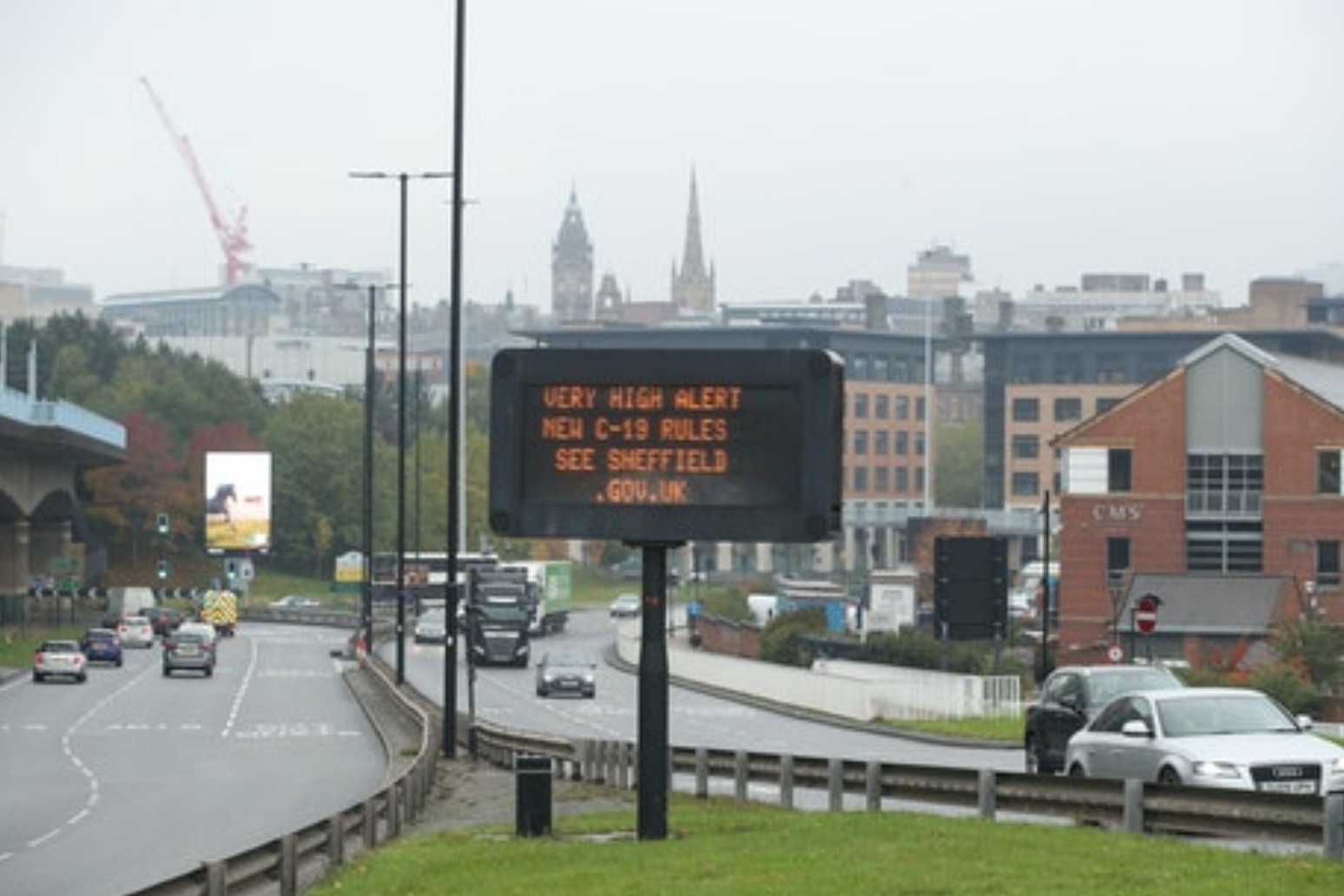 Millions more people will be under tougher coronavirus restrictions in the next 24 hours as the Government increased financial support for businesses and employees affected by the measures. Greater Manchester moved into the highest alert level, Tier 3, on Friday morning, and Wales will introduce its two-week “firebreak” lockdown at 6pm.

Coventry, Stoke and Slough will enter Tier 2 on Saturday, while talks between Westminster and civic leaders in Nottingham over possible Tier 3 restrictions are continuing on Friday.

Under Tier 3 measures in Greater Manchester, pubs and bars will be closed, unless they are serving substantial meals, for a 28-day period, along with casinos, bingo halls and bookies.

The Job Support Scheme, which replaces the current furlough system from November 1, will be made more generous in an effort to persuade firms to keep staff in work.

There will also be grants of up to £2,100 a month available for firms in Tier 2 areas of England, aimed at helping hospitality and leisure venues which have seen takings plummet due to restrictions on households mixing.

The package could cost the Exchequer around £13 billion over six months.

It came as the Prime Minister acknowledged that the test and trace system, which he previously promised would be “world beating”, needed to be improved.

He said turnaround times for tests needed to be faster, after it emerged that just one in seven people having a test at a centre get their result back in 24 hours.

The Government’s chief scientific adviser Sir Patrick Vallance also said problems with the system could be “diminishing the effectiveness” and there was “room for improvement”.

A total of 101,494 people tested positive for Covid-19 in England at least once in the week to October 14, according to the latest Test and Trace figures, the highest weekly figure since the system was launched in late May.

But just 59.6% of close contacts of people who tested positive were reached through the Test and Trace system, its worst performance yet.

– Chief scientific adviser Sir Patrick Vallance declined to rule out a “digital Christmas” in England due to social restrictions that “will need to be in place for a while”, after a medical adviser to Nicola Sturgeon warned that large family gatherings would be “fiction” this year.

– The Government said a further 189 people had died within 28 days of testing positive for Covid-19, as of Thursday in the UK, while 21,242 lab-confirmed positive cases were recorded.

– Spain’s Canary Islands, Denmark, the Maldives and the Greek island Mykonos have been added to the Government’s list of travel corridors, while Liechtenstein has lost its quarantine exemption.

– The Department for Environment, Food and Rural Affairs said analysing sewage for traces of coronavirus has helped officials spot spikes in Covid-19 cases in areas where relatively few people were being tested.

The Chancellor’s package of extra support, announced just days after London was moved into Tier 2, provoked fury from northern politicians who have seen their economies suffer due to long-standing coronavirus curbs.

In an effort to address that criticism, Mr Sunak said the business grants will be available retrospectively for areas which have already been subject to restrictions since August, and come on top of higher levels of additional business support for areas moving into Tier 3.

Around 150,000 businesses in England could be eligible, the Treasury said, at a potential cost of more than £1 billion.

The changes to the Job Support Scheme will apply across the country and could cost the Exchequer £6 billion if two million people take up the offer for the entire six months of the scheme.

Instead of only being open to people in “viable” jobs working a third of their normal hours, it will now cover employees doing just 20% of their usual work who will receive at least 73% of their usual pay.

The amount that employers are required to pay to top up their wages has also been reduced to just 5% of unworked hours, down from 33%.

Extra help for the self-employed will see the amount covered by grants increase from 20% of profits to 40%, meaning the maximum payout will increase from £1,875 to £3,750.

This will amount to a potential further £3.1 billion of support to the self-employed through November to January, with a further grant to follow covering February to April.