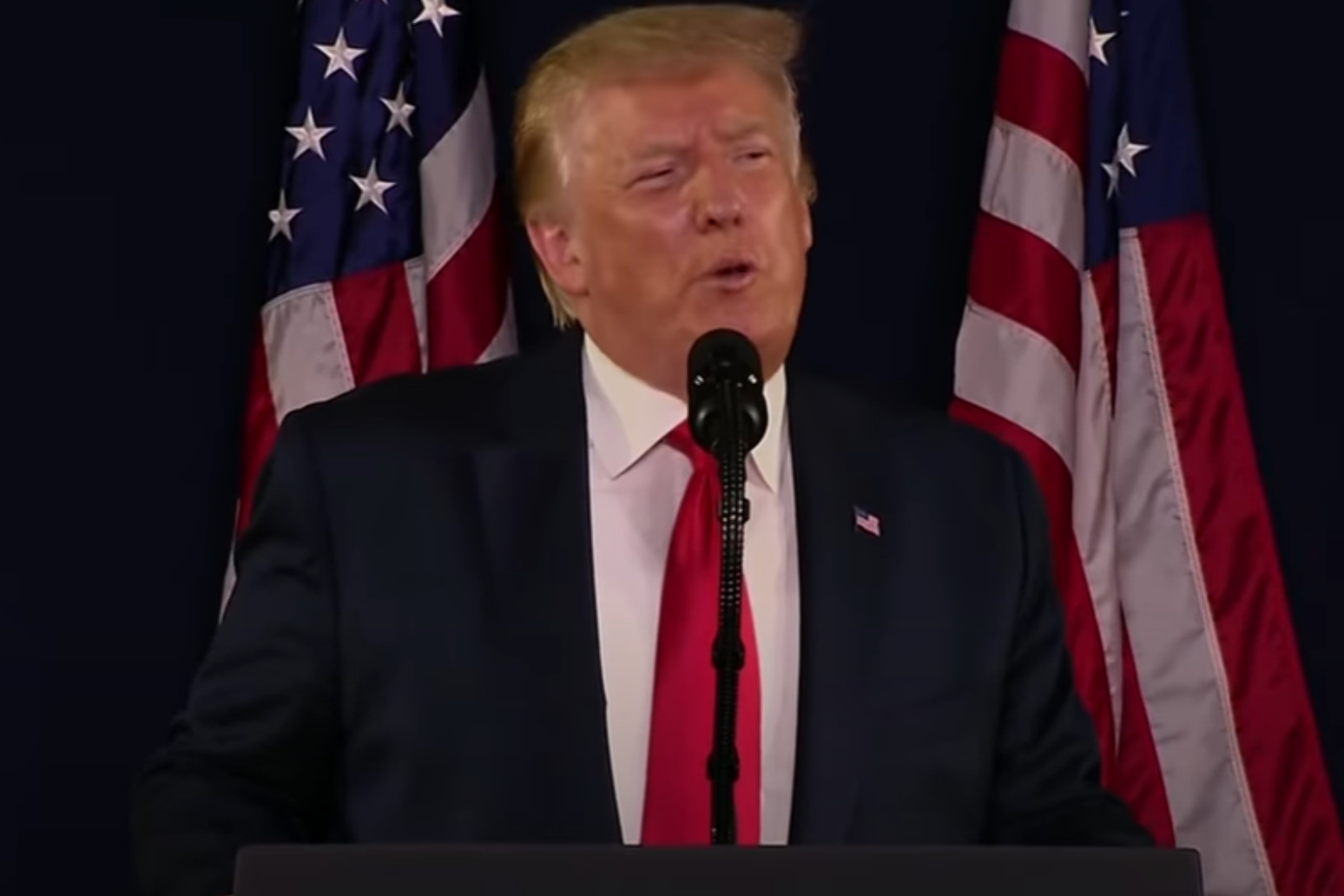 His comments at the South Dakota landmark came amid wider discussion on race issues in the US and overseas, with statues and monuments taken down either by vote or by force.

Mr Trump accused protesters pushing for racial justice of engaging in a “merciless campaign to wipe out our history”.

He said: “This movement is openly attacking the legacies of every person on Mount Rushmore.

The speech and fireworks at Mount Rushmore came against the backdrop of the coronavirus pandemic that has killed over 125,000 Americans.

The president flew across the nation to gather a big crowd of supporters, most of them maskless and all of them flouting public health guidelines that recommend not gathering in large groups.

Meanwhile, the Trump campaign confirmed during the president’s speech that Kimberly Guilfoyle, a top fundraiser for the campaign and the girlfriend of Mr Trump’s eldest son Donald Trump Jr, had tested positive for the coronavirus while in South Dakota.

Both Ms Guilfoyle and Mr Trump Jr, who serves as top surrogate for the president, are isolating themselves and have cancelled public events, according to Sergio Gor, chief of staff to the Trump campaign’s finance committee.

During the speech, the president announced he was signing an executive order to establish the National Garden of American Heroes, a vast outdoor park that will feature the statues of the “greatest Americans to ever live”.

Amid the campaign headwinds, the president has sharpened his focus on his most ardent base of supporters as concern grows inside his campaign that his poll numbers in the battleground states that will decide the 2020 election are slipping.

In recent weeks, Mr Trump has increasingly lashed out at “left-wing mobs”, used a racist term to refer to the coronavirus and visited the nation’s southern border to spotlight progress on his 2016 campaign promise to build a US-Mexico border wall.

The event, while not a campaign rally, had the feel of one as the friendly crowd greeted Mr Trump with chants of “Four more years!” and cheered enthusiastically as he and first lady Melania Trump took the stage.

“They think the American people are weak and soft and submissive,” Mr Trump said.

“But no, the American people are strong and proud, and they will not allow our country and all of its values, history and culture to be taken from them.”

Leaders of several Native American tribes in the region raised concerns that the event could lead to virus outbreaks among their members, who they say are particularly vulnerable to Covid-19 because of an underfunded health care system and chronic health conditions.

“The president is putting our tribal members at risk to stage a photo op at one of our most sacred sites,” said Harold Frazier, chairman of the Cheyenne River Sioux Tribe.

Some Native American groups used Mr Trump’s visit to protest the Mount Rushmore memorial itself, pointing out that the Black Hills were taken from the Lakota people.