Trump threatens to call in the military after violent protests 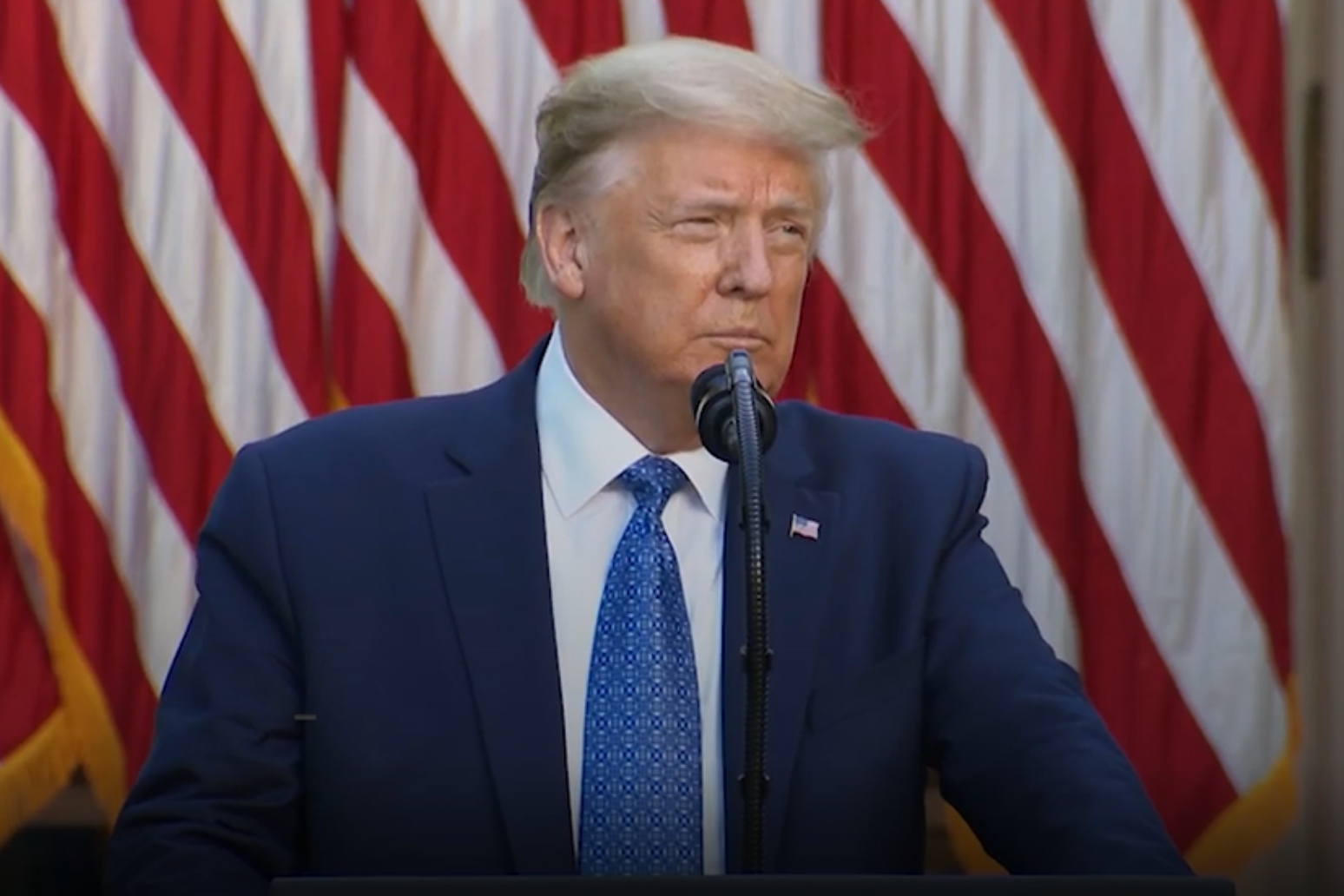 Donald Trump has described himself as the “president of law and order” as he threatened to deploy the military if state governors did not halt ongoing violent protests across the United States.

Donald Trump has described himself as the “president of law and order” as he threatened to deploy the military if state governors did not halt ongoing violent protests across the United States.

Speaking in the White House Rose Garden, Mr Trump said: “First, we are ending the riots and lawlessness that has spread throughout our country. We will end it now.

“Today I have recommended to every governor to deploy the National Guard in sufficient numbers that we dominate the streets.

“If a city or state refuses to take the actions that are necessary to defend the life and property of their residents, then I will deploy the United States military and quickly solve the problem for them.”

There have been six straight days of unrest set off by the death of unarmed black man George Floyd in Minneapolis, with curfews now imposed in New York City and Los Angeles due to a coast-to-coast outpouring of rage over police killings of black people.

Earlier on Monday, a medical examiner classified Mr Floyd’s death as a homicide, saying his heart stopped as police restrained him and suppressed his neck.

A Minneapolis police officer has been charged with third-degree murder in Mr Floyd’s death, and three other officers have been fired.

Minutes before Mr Trump began speaking, police and National Guard soldiers began aggressively forcing back hundreds of peaceful protesters who had gathered in Lafayette Park, across the street from the White House, where they were chanting against police brutality and Floyd’s death in Minneapolis.

The scene in and around the White House on Monday night appeared to be carefully orchestrated. As the crowd of protesters grew, US attorney general William Barr arrived in Lafayette Park to inspect the demonstrations and the swarm of law enforcement.

The sudden shift in tactics against the protesters was initially a mystery. Then, after finishing his Rose Garden remarks, Mr Trump emerged from the White House gates and walked through the park to St John’s Church, where an office had been set on fire the previous night.

Mr Trump, who rarely attends church, held up a Bible and gathered a group of advisers to pose for photos.

The moment was quickly decried by Mr Trump’s critics, with New York governor Andrew Cuomo saying the president “used the military to push out a peaceful protest so he could have a photo op at a church”.

“It’s all just a reality TV show for this president,” he said on Twitter. “Shameful.”

Seeking to elevate his voice in the exploding national debate, presumptive Democratic presidential nominee Joe Biden has vowed to address institutional racism in his first 100 days in office.

The former vice president offered emotional support and promised bold action during an in-person meeting with black leaders in Delaware and a subsequent virtual meeting with big city mayors who are grappling with racial tensions and frustrated by a lack of federal support.

“Hate just hides. It doesn’t go away, and when you have somebody in power who breathes oxygen into the hate under the rocks, it comes out from under the rocks,” Mr Biden told more than a dozen African American leaders gathered at a church in Wilmington, his face mask lowered around his chin as he spoke.

New York imposed an 11pm to 5am curfew on Monday as the nation’s biggest city tried to head off another night of destruction, state governor Andrew Cuomo and city mayor Bill de Blasio said.

The limitation on 8.6 million people’s movements — on top of restrictions already imposed because of coronavirus — came as the mayor and governor condemned the outbreaks of violence, but also criticised some police actions as fuelling protesters’ rage.

While many of the demonstrations around the country have been peaceful protests by racially diverse crowds, others have descended into violence, despite curfews in many cities and the deployment of thousands of National Guard troops in at least 15 states.

Seven Boston police officers were taken to hospital, and in some cities, thieves smashed their way into stores and ran off with as much as they could carry.

Police officers and National Guard soldiers enforcing a curfew in Louisville, Kentucky, killed a man early on Monday when they returned fire after someone in a large group shot at them, police said.

In Indianapolis, two people were reported dead in bursts of violence over the weekend, adding to deaths recorded in Detroit and Minneapolis.

In hard-hit Minneapolis, thousands marching on a closed motorway were shaken when a tractor-trailer rolled into their midst. No serious injuries were reported, and the driver was arrested on suspicion of assault.

On Monday, Mr Floyd’s brother Terrence appeared at the junction in Minneapolis where his brother died to appeal for peace.

“I understand you’re upset,” he told the crowd through a megaphone. But he said civil unrest and destruction is “not going to bring my brother back at all. It may feel good for the moment, like when you drink, but when you are done, you’re going to wonder what did you do. Let’s do this another way”.

Racial tensions around the US have also been running high because of the arrest of two white men in May in the February shooting death of black jogger Ahmaud Arbery in Georgia, and after police in Louisville shot Breonna Taylor dead in her home in March.

Even as police in some places tried to calm tensions by kneeling or marching in solidarity with protesters, officers elsewhere were accused of the very type of harsh treatment at the heart of the unrest.

The scale of the protests has rivalled the historic demonstrations of the civil rights and Vietnam War eras. At least 4,400 people have been arrested.