What are the rules on face coverings in UK schools 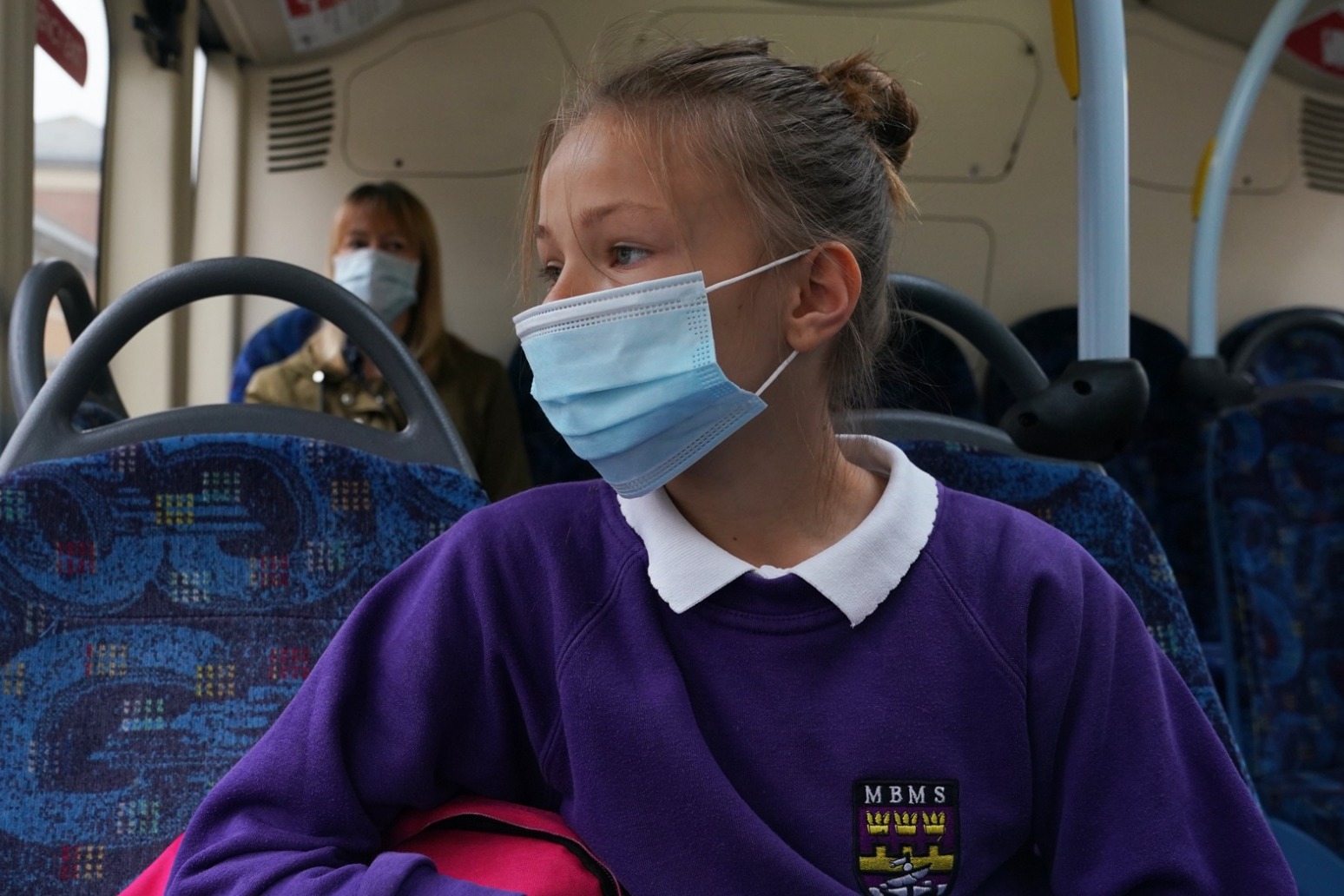 The Government has issued further guidance on when face coverings will be required in England’s schools following a U-turn on its policy.

– What measures are being introduced in England?

From September 1, and in secondary schools in England that are within areas under local restrictions, face coverings should be worn when moving around corridors and communal spaces.

This does not include classrooms and does not apply to primary-aged pupils.

– Why are face coverings not required in classrooms?

Guidance from the Department for Education (DfE) says that it will not usually be necessary in classrooms, as protective measures mean the risks are lower – such as grouping staff and students in “bubbles”.

Face coverings can have a negative impact on learning and teaching and so their use in lessons should be avoided, it adds.

– So in which areas should face coverings be worn in secondary schools?

Additional precautionary measures apply to places defined as areas of national Government intervention, as listed on the gov.uk website, according to the guidance.

Local restrictions are currently in place in areas of Greater Manchester, Lancashire, and West Yorkshire, Leicester, Luton and Northampton.

– Can schools recommend face coverings if they are elsewhere in England?

Schools and colleges outside of local lockdown areas will have the discretion to require face coverings in communal areas where social distancing cannot be safely managed, the guidance says.

It gives the example of a school or college which has a layout that makes it “particularly difficult” for people to stay apart.

– Are there any exemptions?

Yes. Those who cannot put on, wear or remove a face covering because of a physical or mental illness or impairment, or disability, will be exempt.

Guidance says that exemptions also apply to people who provide assistance to someone who relies on lip-reading, clear sound or facial expression to communicate.

– Could the measures be changed further?

When asked if the measures could be extended, he told the BBC: “No, no, there’s no intention of extending it beyond that because as both (Dr Jenny Harries) said and (Schools minister Nick Gibb) said is that actually that isn’t what is required.”

– What has the Scottish Government announced on face coverings?

Face coverings should be worn by staff and pupils when moving around secondary schools in Scotland from August 31, according to Holyrood’s Education Secretary.

John Swinney said that the rule will apply on school transport for primary school pupils aged five and above, and all those at secondary school in communal areas, but not in classrooms.

– What is the situation in Wales and Northern Ireland?

Welsh health minister Vaughan Gething said a decision on schoolchildren wearing face coverings will be made on Wednesday, but current guidance says masks are not being recommended.