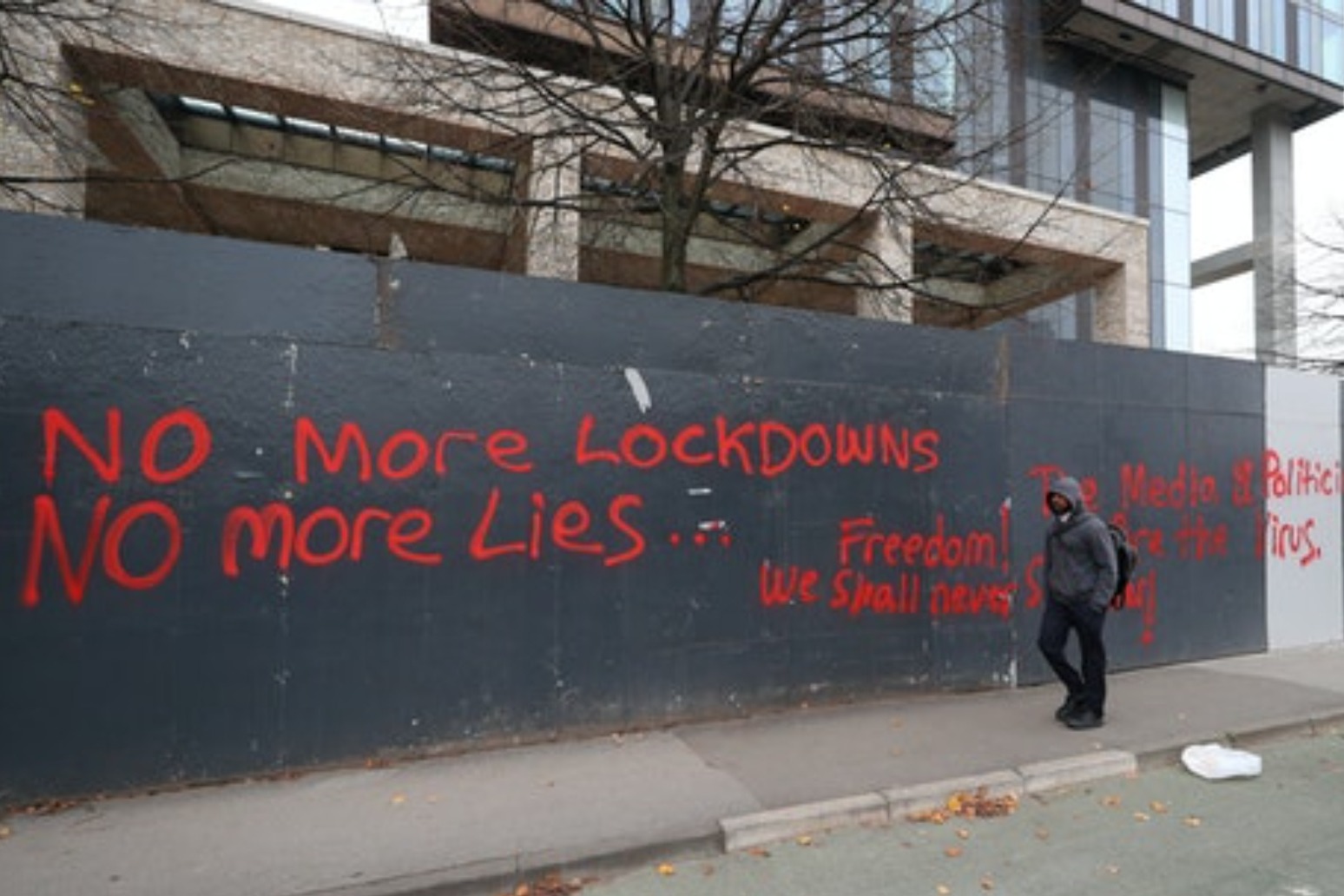 Greater Manchester is set to join Lancashire and the Liverpool City Region in the Tier 3 coronavirus category, with millions more people to be subject to the toughest restrictions. New measures will be imposed in the region from Friday after talks aimed at reaching an agreement on the restrictions and financial support collapsed between the Government and local leaders.

Since October 12, England has been operating under a three-tier system of local restrictions which divides areas into different categories, labelled as medium, also known as Tier 1, high, also known as Tier 2, or very high risk, which is referred to as Tier 3.

But what are the differences between the tiers and how has the country been carved up?

– What happens if your area is in Tier 3?

Around 2.8 million people in Greater Manchester will join some 3.1 million in Lancashire and the Liverpool City Region under the most severe restrictions and as the only three areas of England under Tier 3.

In these areas, social mixing is banned both indoors and in private gardens, while pubs and bars must close unless they can operate as a restaurant.

The rule of six applies in some outdoor settings such as parks, public gardens and sports courts.

Local leaders help the Government to determine whether other venues should be closed, such as gyms or casinos.

In Greater Manchester, the new measures could lead to the closure of more than 1,800 pubs and 140 wine bars, as well as 277 betting shops and 12 casinos, according to the real estate adviser Altus Group.

Gyms are allowed to stay open in Lancashire but the adult gaming industry, casinos, bingo halls, bookmakers and betting shops, and soft play areas were made to shut.

Gyms have not been mentioned by the Government as being one of the venues that will have to close in Greater Manchester when it moves into Tier 3.

Shops and places of worship can remain open, as can schools and colleges, while universities must reflect wider restrictions with the option to move to greater online provision.

Up to 15 guests are allowed at weddings and 30 people can attend funerals, with 15 allowed at wakes, but wedding receptions are not permitted.

People living in Tier 3 areas are advised against overnight stays in other parts of the UK and should avoid travel where possible in and out of the area, unless it is for work, education or caring responsibilities.

Number 10 confirmed that, under Tier 2 and 3 rules on household mixing, people can still meet up for work meetings indoors under certain circumstances.

– What happens in Tier 2 and where is affected?

Areas categorised as high risk will see household mixing banned indoors while the rule of six will continue to apply outdoors.

People must not meet socially with friends and family indoors in any setting unless they live with them or have formed a support bubble with them.

Up to 15 guests will be allowed at weddings and up to 30 people allowed at funerals, with 15 allowed at receptions and wakes.

Shops, gyms, all education settings, and places of worship will remain open, with overnight stays permitted.

Travel advice for those living in Tier 2 areas is to reduce the number of journeys they take where possible and avoid travel into very high Tier 3 areas.

While First Minister of Wales Mark Drakeford confirmed a two-week “firebreak” lockdown in the country from October 23 until November 9, those living under Tiers 2 and 3 in England were already banned from travelling across the Welsh border from Friday last week.

– What restrictions are placed on areas in Tier 1?

Areas classed as medium risk, those in Tier 1, will be subject to the same national measures which currently apply across the whole country.

These include the 10pm curfew for pubs and restaurants and a ban on most gatherings of more than six people.

Up to 15 guests will be allowed at weddings and up to 30 people allowed at funerals, with 15 allowed at receptions and wakes.

Shops, gyms, all education settings, and places of worship will remain open, with overnight stays permitted and no travel restrictions within the area, although people are advised to avoid travel into Tier 3 areas where possible.