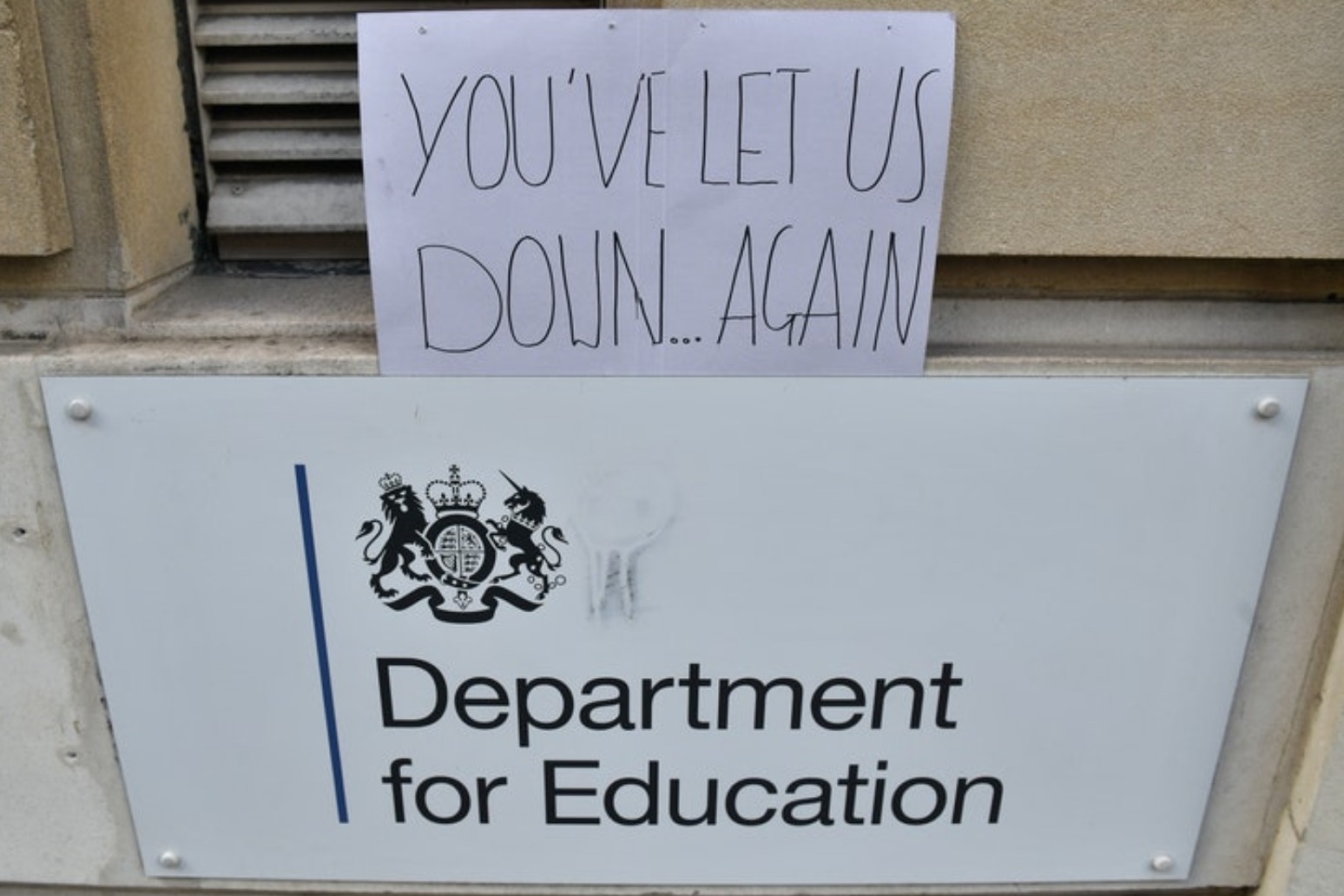 Students in England have been told their A-level grades will now be based on teachers’ assessments – if they were higher than the moderated grades they received.

GCSE students who are anxiously awaiting their results on Thursday can also opt for grades based on their teachers’ estimates rather than the controversial algorithm devised by exams regulator Ofqual.

The Government’s U-turn comes after Ofqual revealed that nearly two in five (39.1%) A-level grades in England were reduced from teachers’ predictions.

Here is a breakdown of what the decision means for students:

– Which grades can be used?

A-level and GCSE students in England will now be able to use their centre assessment grades (CAGs) – the grades submitted by schools and colleges to the exam boards – if they are higher than the moderated grade.

Teachers were told to submit the grades they thought each student would most likely have received if they had sat the papers, after this summer’s exams were cancelled due to the Covid-19 pandemic.

Exam boards moderated these grades to ensure this year’s results were not significantly higher than previous years using an algorithm created by England’s exams regulator.

Students can keep their calculated grade from exam boards, but if their schools’ original estimated grade was higher then they can also use that result.

– What were the issues with moderated grades?

Critics complained that Ofqual’s algorithm – which was used by exam boards to make the adjustments – had penalised pupils in schools in more disadvantaged areas, while benefiting those in private schools.

Head teachers reported that schools and colleges with larger cohorts saw more of their students’ grades downgraded, while those with smaller cohorts did not appear to be as affected.

Politicians and education unions called on ministers to scrap the unfair model and revert to teachers’ estimated grades to ensure students could progress into higher education and employment.

Education Secretary Gavin Williamson has admitted that the algorithm produced more “significant inconsistencies” than could be rectified through an appeals process.

– Can appeals still be made on the basis of mock exams?

Last week, Mr Williamson gave a “triple lock” pledge that students could use the highest result out of their calculated grade from exam boards, their mock exam or sitting the actual exam in the autumn.

But following the decision to allow teachers’ grades to be used instead, the Education Secretary has said mock exam results will not be a key part of the appeals process for A-level and GCSE students in England.

Students who are unhappy with both their calculated grade and centre assessment grade will still be able to sit exams in the autumn.

Further details and guidance on how appeals can be processed have still not been published.

The Ucas deadline for applicants to meet their offer conditions is September 7, leaving exam boards only a matter of weeks to issue outcomes of appeals.

– Will universities be able to admit students who now have the grades?

The Government has said it will remove temporary student number controls – introduced this year to stop over-recruitment due to Covid-19 – to remove potential barriers to students being able to progress.

Ministers have called on universities to be as flexible as possible when looking at who to admit on to a degree course, adding that they expect institutions to honour all offers made and met.

But some institutions have already raised concerns about a lack of capacity, staffing, accommodation and facilities if numbers increase – especially at a time when universities are trying to be Covid-secure.

Students who have now secured their first choice following the Government’s announcement may be asked to defer their place by a year if there is no space left on their preferred course.

The Government said students who have accepted an offer will be able to release themselves if they have another offer reinstated.

– What will happen with BTEC students’ grades?

Students have called for urgent clarity on how BTEC students will be affected by the announcement.

Mr Williamson said the Department for Education (DfE) is working with BTEC awarding body Pearson and he is hopeful that the change will be extended to the vocational qualifications.

– What is happening in the other devolved nations?

Last week, the Scottish Government was forced into a U-turn after a backlash about the moderation system used there. Students complained after more than 124,000 test results were brought down.

It was announced that the lower results would revert to the grades estimated by pupils’ teachers.

Less than a week later – just four days after A-level results were awarded in England, Northern Ireland and Wales – the devolved administrations also announced they were moving to teacher-assessed grades.

Most A-level and GCSE students will be given grades predicted by teachers in Northern Ireland following an outcry from teachers, parents and pupils.

Like elsewhere in the UK, Welsh pupils will now be awarded results on the basis of teacher assessments rather than an algorithm for grading A-levels and GCSEs.