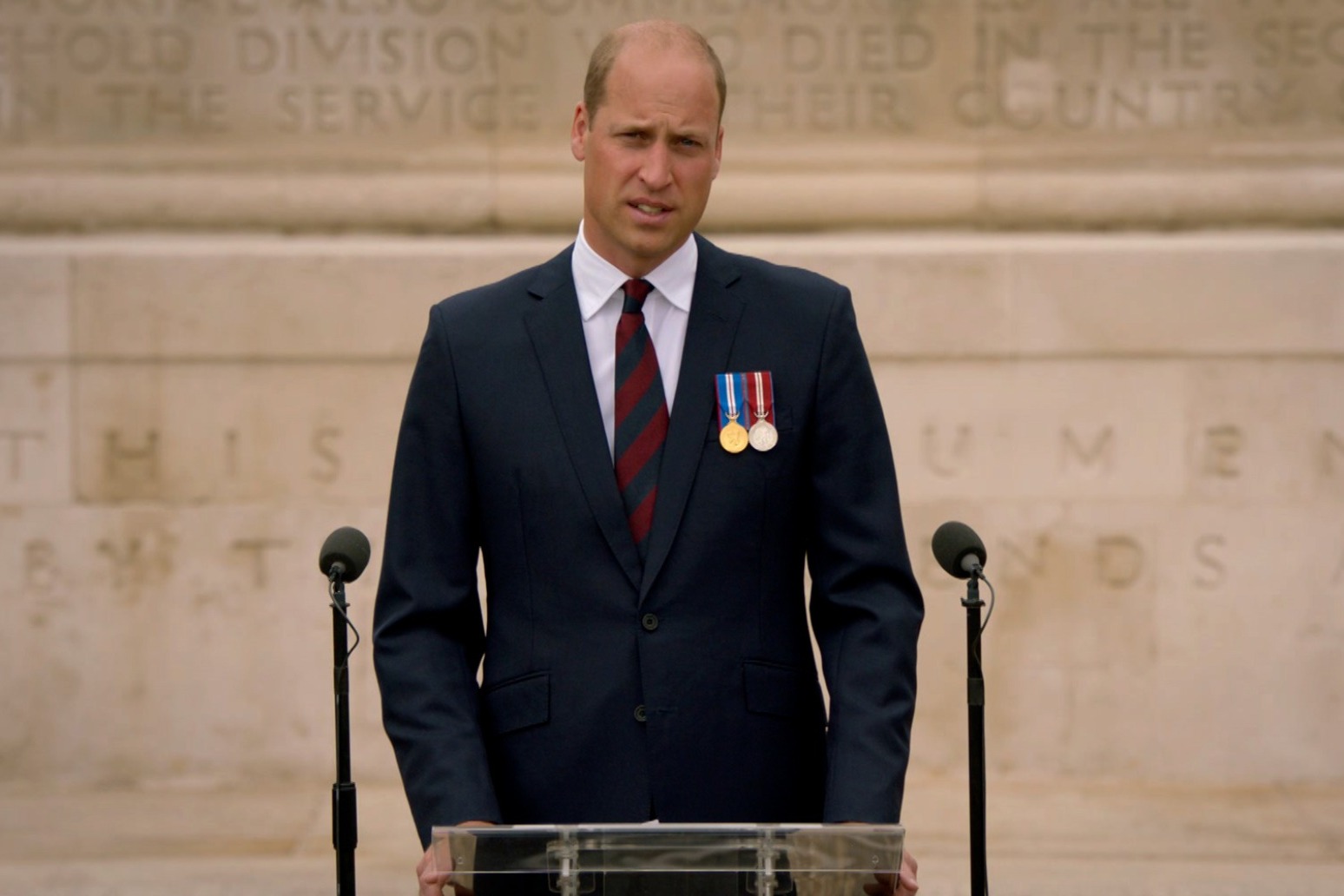 It’s 75 years after his great grandfather gave a speech marking the end of the Second World War.

In a pre-recorded speech on BBC One’s VJ Day 75: The Nation’s Tribute, William spoke of how King George VI addressed the nation on August 15 1945 as “the most catastrophic conflict in mankind’s history came to an end”.

Thousands watched King George VI and the Queen drive down The Mall in an open carriage, as they celebrated the end of the war following Imperial Japan’s surrender.

In his speech aired on Saturday evening, William said: “As he marked the moment the world had long prayed for, King George expressed his pride in the international effort from across the Commonwealth and allied nations which secured success in the Asia-Pacific region.

“We are forever grateful to all those who fought alongside us.

“It is hard for us to imagine what Victory over Japan Day must have felt like at the time; a mix of happiness, jubilation, and sheer relief, together with a deep sadness and overwhelming sense of loss for those who would never return home.

“Today we remember those who endured terrible suffering and honour all those who lost their lives.”

The duke showed his gratitude to the wartime generation, which includes his grandfather, the Duke of Edinburgh, who fought in the Far East and was aboard HMS Whelp in Tokyo Bay as the Japanese signed the surrender on the USS Missouri.

“He remembers vividly his role in collecting released prisoners of war, a sign, as sure as any to him, that the war was finally over,” William said.

He recited the words of the Kohima Epitaph, carved on the memorial of the 2nd British Division in the cemetery of Kohima, northeast India, which reads “When you go home, tell them of us and say.

“For your tomorrow, we gave our today.”

He continued: “As we look back, we must not forget our responsibility to learn the lessons of the past and ensure that the horrors of the Second World War are never repeated.

“We owe that to our veterans, to their families, and to the generations who will come after us.

“As we mark the 75th anniversary of Victory over Japan Day, to each and every one of you who contributed to the effort, I say, thank you, our country owes you a debt of gratitude.

“Your bravery, and the sacrifices you made, will never be forgotten.”

The address was recorded earlier in the month at The Guards Memorial, opposite Horse Guards Parade, in London.

On Saturday morning, the Prince of Wales and the Duchess of Cornwall led a two-minute silence during a televised remembrance service at the National Memorial Arboretum in Alrewas, Staffordshire.

In a speech dedicated to the hundreds of thousands of Allied and Commonwealth personnel who fought and died in the campaign, Charles said: “All too often those who served in the Far East have been labelled ‘the Forgotten Army’, in a forgotten war.

“Many of the soldiers, nurses and other personnel felt anger and disappointment at how they were treated when they finally returned home from a war which, from the public’s point of view, had ended on May 8 1945.”