Wolves out of Europa League Sevilla to face Manchester United 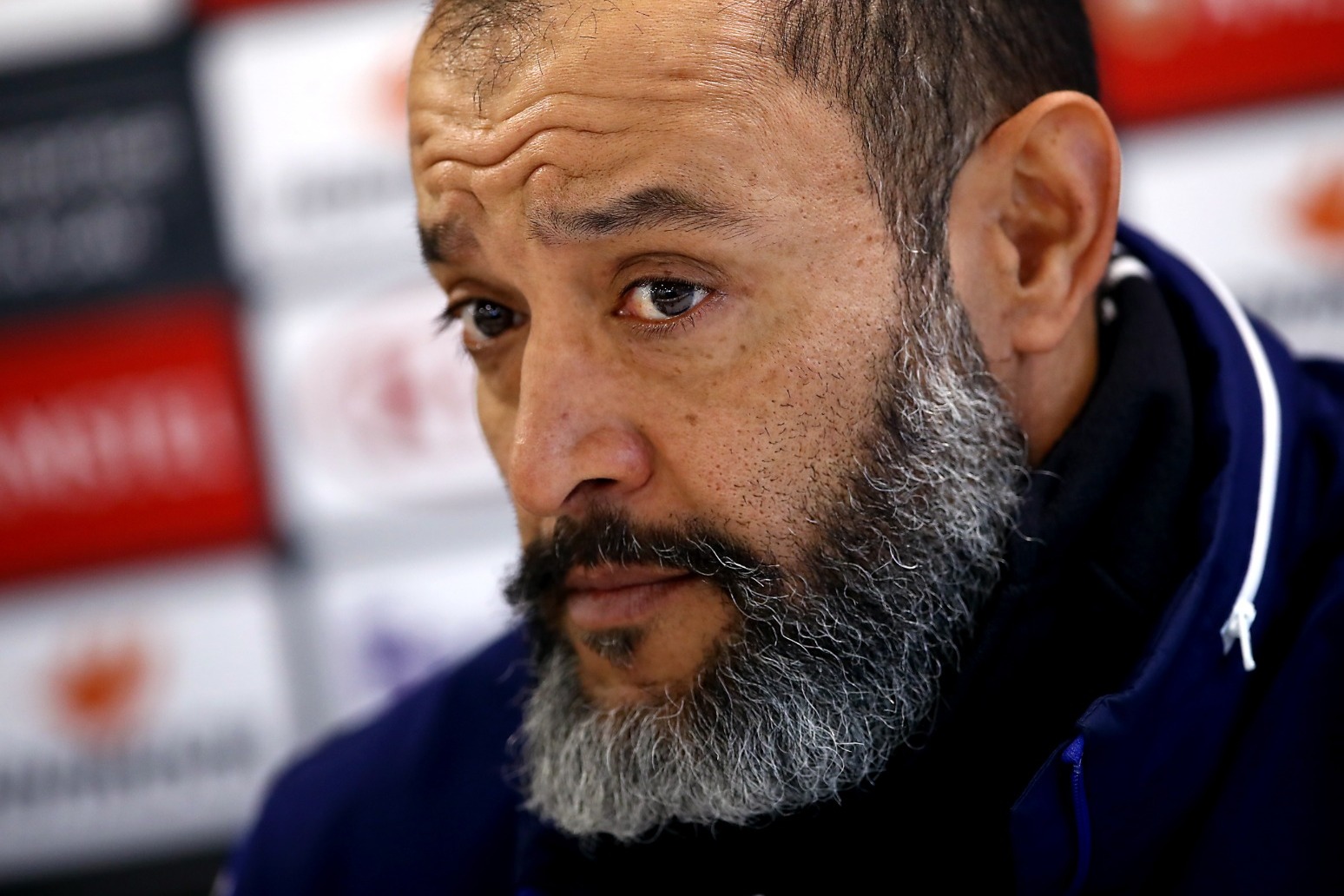 Nuno Espirito Santo says nobody is blaming Raul Jimenez for missing a penalty as Wolves’ first European quarter-final in 48 years ended in heartbreak against Sevilla.

A season that started on July 25, 2019 in the second qualifying round against Crusaders ended in front of empty stands in Germany, where their 59th match of the season proved a step too far.

Lucas Ocampos broke Wolves’ resolve in the 88th minute to give Sevilla a deserved 1-0 win and a Europa League semi-final against Manchester United on Sunday.

But things could have been different for Nuno’s men had Jimenez not seen his penalty saved in the 13th minute – the worst moment for his 100 per cent spot-kick record for the club to end.

“Of course (nobody is blaming him),” the Wolves boss said. “Of course not.

“Raul is an amazing player, amazing player – all the things he does for the team: the work, the goals, the talent that he has is amazing. Raul is a fantastic player.

“We had to defend because it is a good opponent with good possession of the ball.

“The possession of the ball was always in front of our lines. It really didn’t cause us many problems, so it required a lot of effort.

“We should improve when we recover the ball, have more time on the ball. But the defending until the moment of the set piece was good.”

Jimenez’s penalty miss was all the more galling as replays showed infringements, with Sevilla goalkeeper Yassine Bounou appearing to stray off his line in addition to player encroachment into the box.

“I didn’t see the images, honestly,” Nuno said. “I have been asked this before.

“Speaking about it now that only can make us more frustrated than we already are.”

Wolves just did not have enough in the tank to do anything other than sit back and dig deep in Duisburg, where Nuno reflected on a European campaign that was as lengthy as it was memorable.

“Like I’ve said many times it’s a long journey,” Nuno said. “We wanted to go as far as we could. We had it today really, really close.

“Of course, everybody is disappointed but we should not ignore all the effort that the players have been doing.

“Disappointment is something that cannot take away all the good things that we’ve been doing.”

Wolves have little time to rest and recover from a mammoth campaign in which they finished seventh in the Premier League on top of their run to the Europa League quarter-finals.

“If you look at the team that started the game, it’s the same like the first season.

“We made mistakes that we cannot repeat. We need players that can make us stronger, no doubt about it.”

Meanwhile, Sevilla counterpart Julen Lopetegui expressed his delight after his side set up a semi-final clash with Manchester United in Cologne this Sunday.

“I am very proud of my players because we were against a very good team,” the former Spain boss said.

“We needed to have the ball and not make mistakes because they have very fast forwards.

“We played very well against a good team. We had to be very concentrated.”