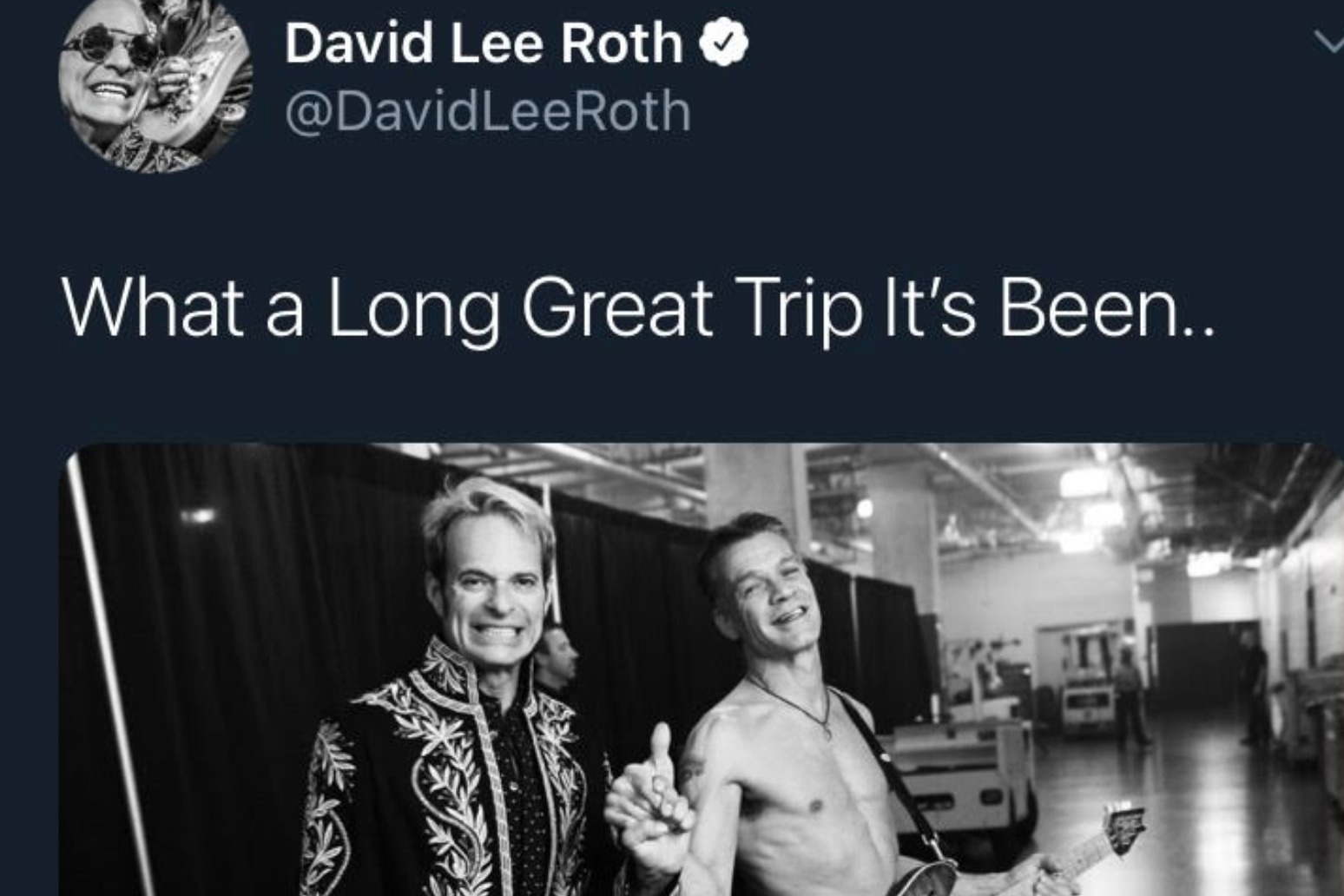 The world of rock and roll is mourning the “Mozart for guitar” Eddie Van Halen following his death at the age of 65. The revered guitarist was Van Halen’s creative force as they blurred the line between hard rock and heavy metal on their way to becoming one of the biggest bands in the world in the 1980s.

Van Halen died on Tuesday after a “long and arduous” battle with cancer.

His son, Van Halen bassist Wolfgang, announced news of his death with a statement on social media.

He said: “I can’t believe I’m having to write this, but my father, Edward Lodewijk Van Halen, has lost his long and arduous battle with cancer this morning.

“He was the best father I could ever ask for. Every moment I’ve shared with him on and off stage was a gift.

“My heart is broken and I don’t think I’ll ever fully recover from this loss.”

Wolfgang added: “I love you so much, Pop.”

Valerie Bertinelli, Van Halen’s first wife and 29-year-old Wolfgang’s mother, shared a touching tribute and revealed she was at his side when he died.

She wrote: “40 years ago my life changed forever when I met you.

“You gave me the one true light in my life, our son, Wolfgang. Through all your challenging treatments for lung cancer, you kept your gorgeous spirit and that impish grin.

“I’m so grateful Wolfie and I were able to hold you in your last moments. I will see you in our next life my love.”

Bertinelli was married to Van Halen from 1981 to 2007. TMZ reported Van Halen’s current wife, Janie Liszewski, was also by his side when he died at a hospital in Santa Monica.

Van Halen, reportedly a heavy smoker who fought alcoholism, had battled health issues. He first received treatment for tongue cancer in 2000 and the subsequent surgery removed about a third of his tongue.

He was declared cancer-free in 2002. It was reported last year that Van Halen had been privately battling throat cancer for five years.

Tributes flooded in from across the music industry and beyond.

David Lee Roth, Van Halen’s former bandmate, posted a short message alongside a black-and-white picture of the pair together.

“What a Long Great Trip It’s Been..” Roth, also 65, said. He had three spells as Van Halen’s charismatic vocalist.

The Who’s Pete Townshend told Rolling Stone: “It’s completely tragic that we have lost him.

“He was not just an innovative and stylish player with great taste, he was also a laidback virtuoso showman who just blew us all away every time.

“Every shredder today has lost their Master Teacher and Guide.”

Pearl Jam’s Mike McCready said he started playing guitar about a year after Van Halen’s 1978 self-titled debut album was released, saying it sounded like the late musician was “from another planet”.

He added: “Eddie was like Mozart for guitar. Changed everything and he played with soul.”

Sammy Hagar, a former Van Halen frontman who departed the band under acrimonious circumstances, shared a picture of him and the guitarist together.

He said: “Heartbroken and speechless. My love to the family.”

Nikki Sixx, co-founder of the rock band Motley Crue, described himself as “crushed” by the news.

He said: “RIP Eddie Van Halen. You changed our world. You were the Mozart of rock guitar. Travel safe rockstar.”

He tweeted: “My heart is broken. Eddie was not only a Guitar God, but a genuinely beautiful soul. Rest in peace, Eddie!”

“Heaven will be electric tonight,” he added.

He added: “Just when I thought 2020 couldn’t get any worse, I hear Eddie Van Halen has passed. So shocking- One of the nicest, down to Earth men I have ever met and toured with. A true gent and true genius. RIP.”

Red Hot Chili Peppers bassist Flea said: “Oh man, bless his beautiful creative heart. I love you Eddie Van Halen, an LA boy, a true rocker. I hope you jam with Jimi tonight. Break through to the other side my brother.”

Star Wars actor Mark Hamill sent his condolences to Wolfgang, adding: “But take solace in knowing that he will be long remembered and live on forever as one of Rock’s most extraordinary guitar virtuosos.”

Van Halen was born in the Netherlands and raised in Pasadena, California. He formed the band with his brother Alex, bassist Michael Anthony and singer Roth in 1974.

The group earned a name for themselves playing in Los Angeles clubs before their 1978 self-titled debut sold more than 10 million copies in the US alone and set them on the road to super stardom.

They followed their debut with Van Halen II, Women And Children First, Fair Warning and Diver Down and by the mid-1980s were one of the most popular acts on the planet.

In 2015, Rolling Stone magazine ranked Van Halen eighth on its list of the 100 greatest guitar players of all time.

The band was inducted into the Rock And Roll Hall Of Fame in 2007.