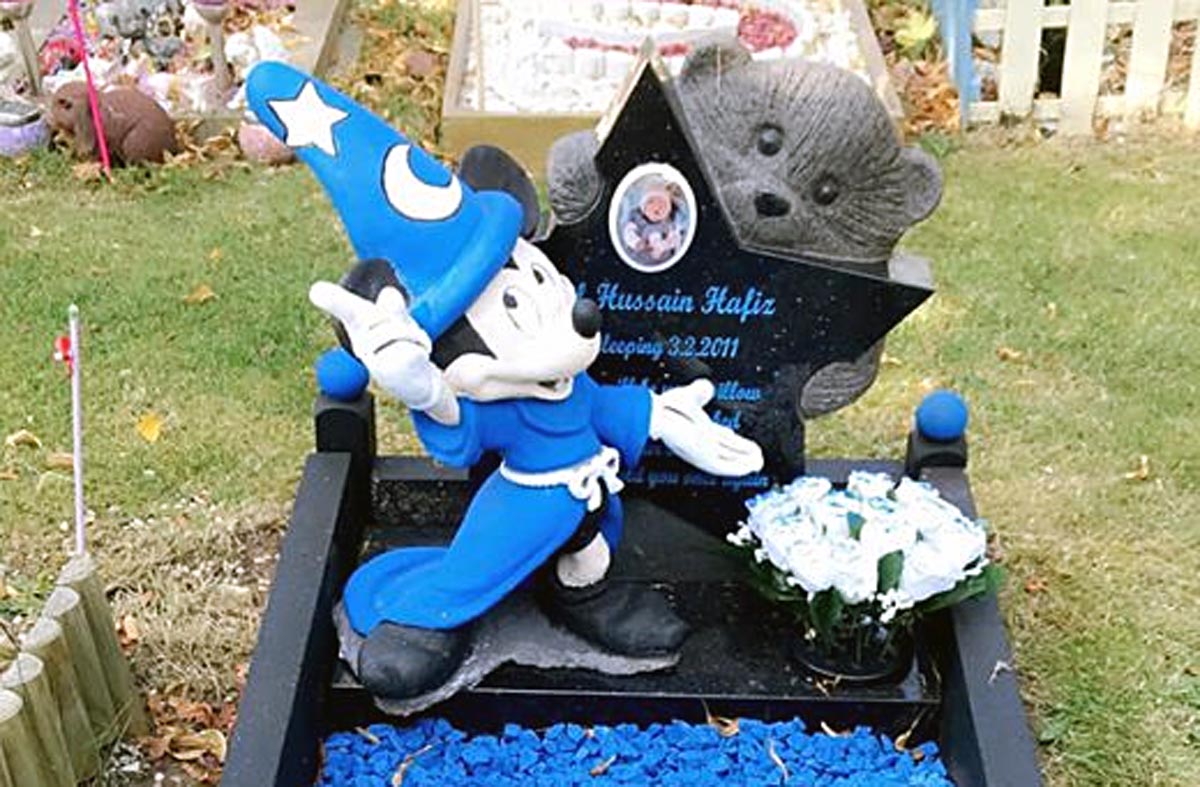 Heartless thieves have stolen a memorial character on a baby’s grave for a second time.   The child’s mother says she has been left “gutted” and “distraught”.

Zena Bough discovered the theft of the concrete Mickey Mouse character from her son’s grave when passing the Hardwick Hill Cemetery at the top of the Southam Road on Saturday.   She told Banbury FM, “When driving past I could always see the grave from the road and I noticed the Mickey Mouse was missing.

“Normally I would have visited the grave regularly but I haven’t been able to go up there recently due to lockdown”.

Zena is in the process of reporting the theft to the police but says lockdown has made it difficult to identify when the character was taken.   She said, “Another lady told me that is wasn’t there last week.   There is no CCTV at the cemetery so that can’t be checked”.

To add to the upset, this was a replacement for the original Mickey Mouse that has already been stolen.   It was only last year that Zena managed to replace that character.   She said, “I searched around and managed to find one from the same place I got the first one.   I painted it in the colours used on the grave.   That took two to three days”.

Zena knows that to have removed the character the thieves would have needed to stand on her son’s grave.   She also says it would have taken real effort to remove the cemented down character as it was big and extremely heavy.

Zena said, “Why would anybody do this? I’m absolutely heartbroken”.   She has been overwhelmed by the kind words and generosity of others who have heard about the theft.   Whilst Zena is extremely grateful for the offers of financial help she says she will not be accepting them as she feels it is her responsibility to fix the damage and replace the character.

The Hardwick Hill Cemetery is run by Banbury Town Council.