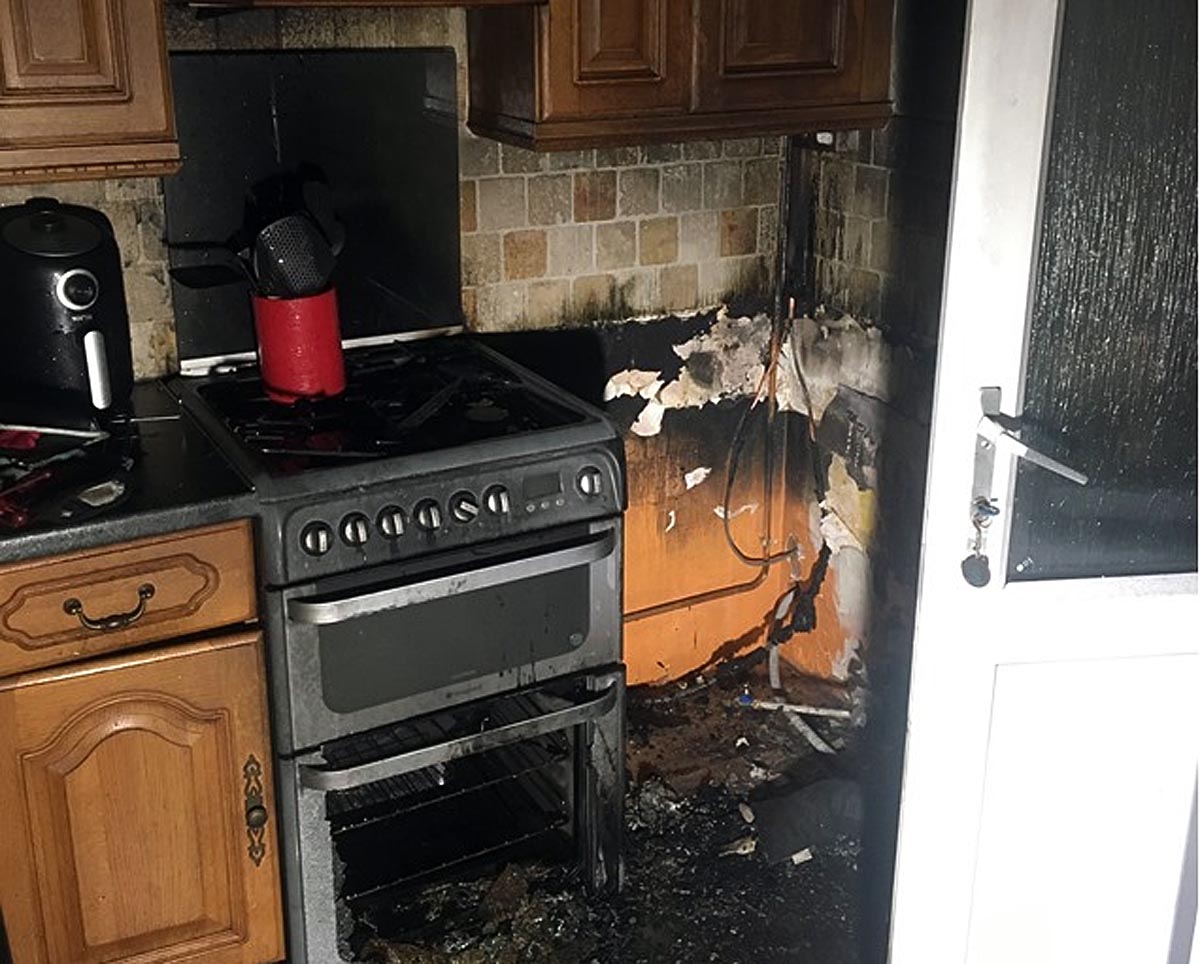 Fire engines from Banbury and Deddington were sent to a kitchen fire in Twyford, Adderbury on Wednesday morning.

Four firefighters wearing breathing apparatus entered the premises to tackle the fire. It is believed that the blaze was caused by an electrical fault in a dishwasher.

When the fire crews arrived the occupier had already left the property after being woken by their smoke alarms.   They closed the door to the kitchen on their way out of the building whilst calling the fire service.

Oxfordshire Fire and Rescue said the smoke alarms raising the alarm and the quick actions of the occupier closing the door on the fire limited the it to the kitchen and prevented any further damage to the building.