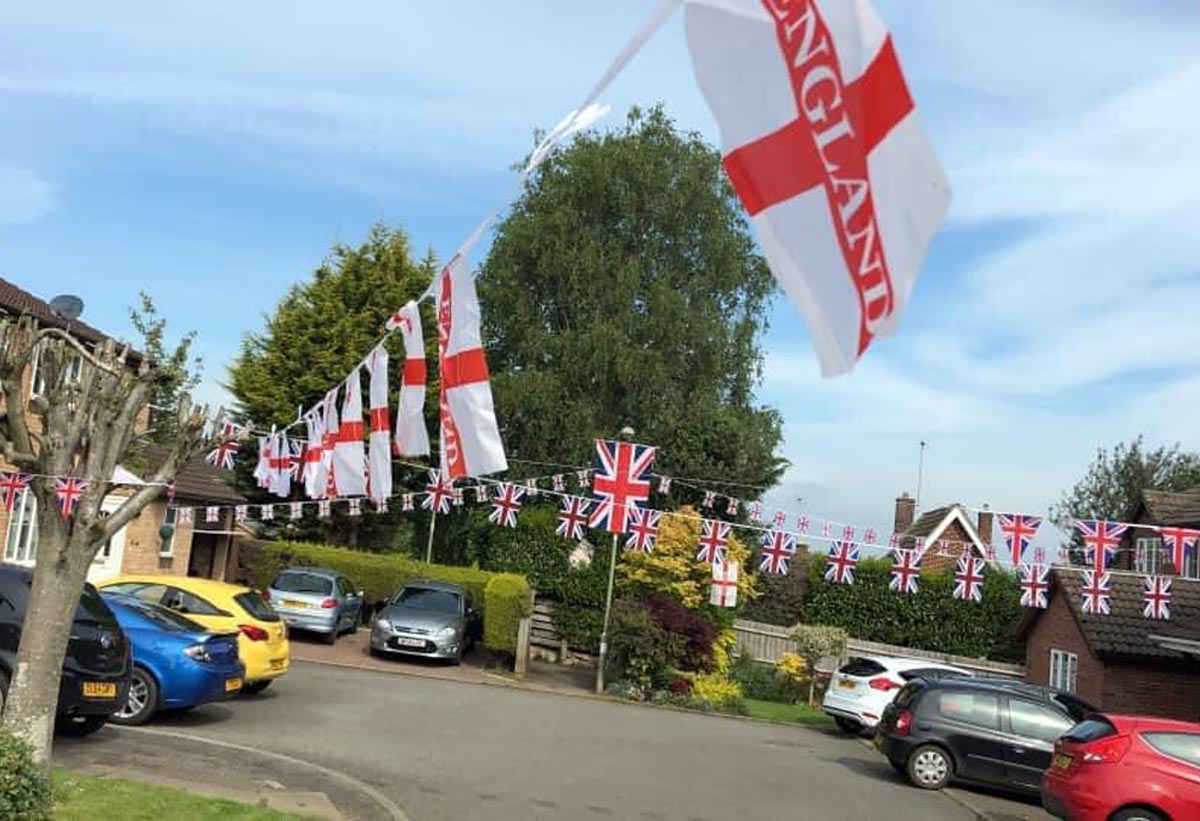 Banbury folk refused to allow COVID-19 to stop the occasion being suitably marked.  In roads around the town and in surrounding villages communities worked together to display flags and bunting and to come together for stay-at-home street parties – all within the current social distancing rules.

A wreath was laid at the Alcan Memorial Garden

Alcan played a major part in the war effort and produced rolled sheet aluminium for WWII fighter planes.   The memorial garden remains a lasting reminder and tribute to those that used to work at the site and those who served and the many who paid the ultimate sacrifice.

Around the area, Union Jack flags were placed on display and patriotic bunting was strung around houses and gardens.   Communities came together to mark the occasion with stay-at-home street parties with people setting up tables and chairs outside their houses and raising a glass with their neighbours to mark the 75th anniversary of VE Day.