A number of areas of Banbury look set to be affected by today’s flooding over the coming days.

The Mill Arts Centre has announced it will be closed for the next few days.   A message posted this morning says, “All shows and classes from Friday 15 to Monday 18 November inclusive have been cancelled. Ticket holders will be contacted with further information”. 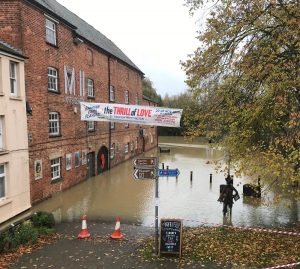 The Mill on Friday morning. 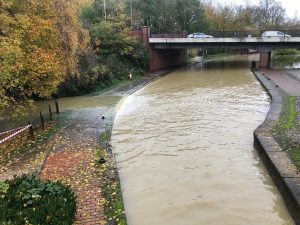 Water from the Mill rushing into the Oxford Canal

Banbury Parkrun has been cancelled for Saturday morning.   The organisers said, “After an inspection … we will be unable to host an event at Spiceball Park tomorrow due to the severe flooding on the course”.

Meanwhile people have been questioning the decision to build the new Castle Quay 2 development on the site of the old Spiceball Sports Centre which is today flooded. 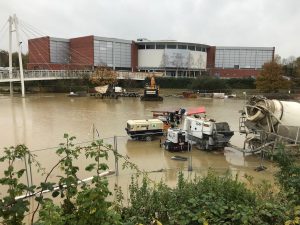 Writing on the Banbury FM Facebook page Sue Furssedonn said, “Did it not occur to planners, developers or the council this area may get a little damp? Come on guys it’s always flooded, either get the flood defences right or don’t build, leave it as flood plain”.

Tony Murrey added, “Has been a flood plain as long as I can remember”. 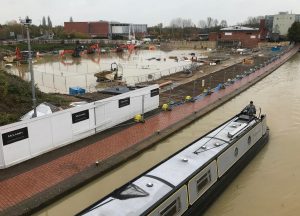 Outside the town centre Kerry Tydeman sent us this video of the flooding between King Sutton and Bodicote.

Here are some of the pictures we have been sent: 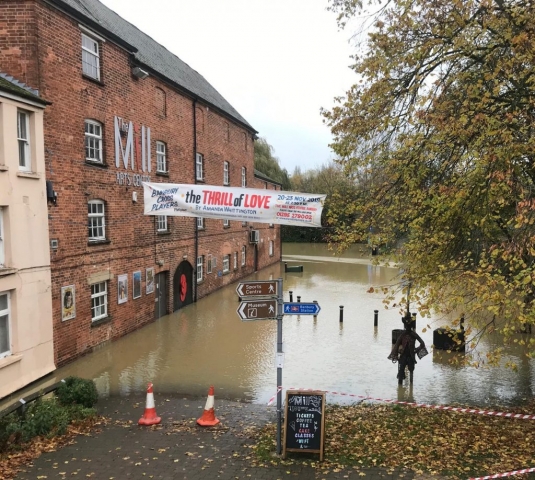 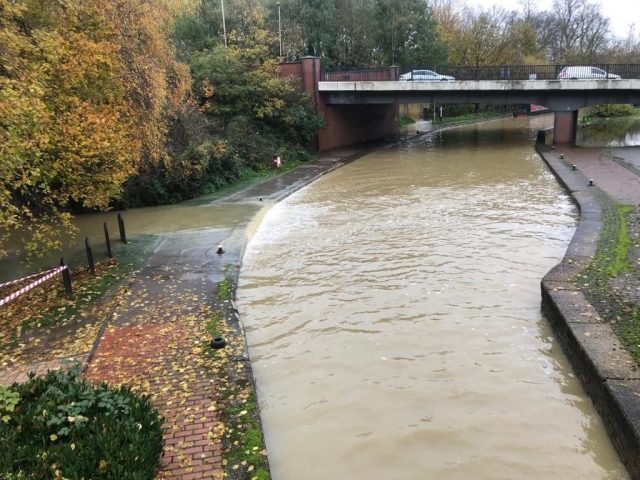 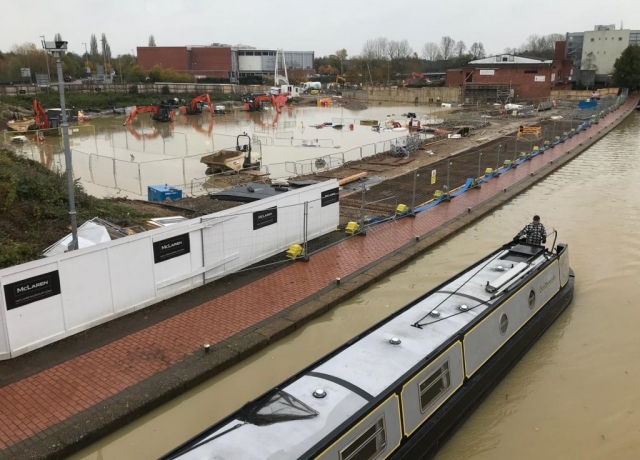 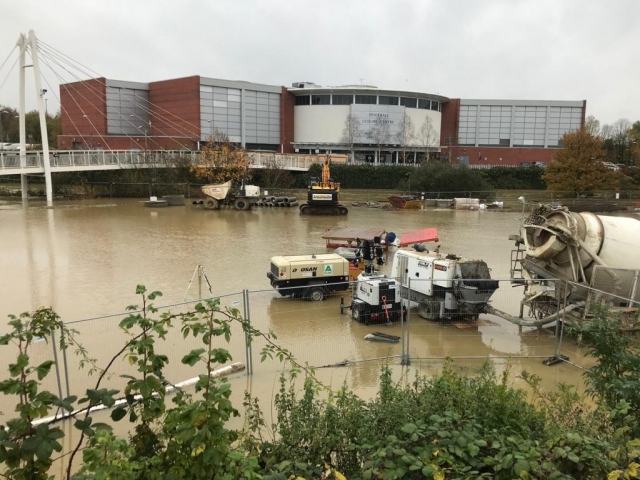 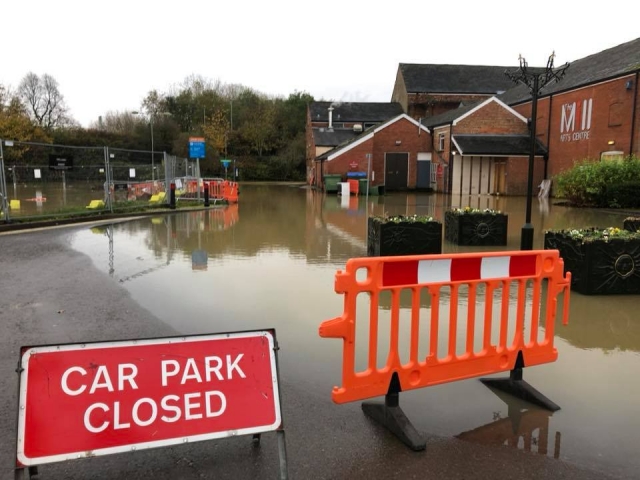 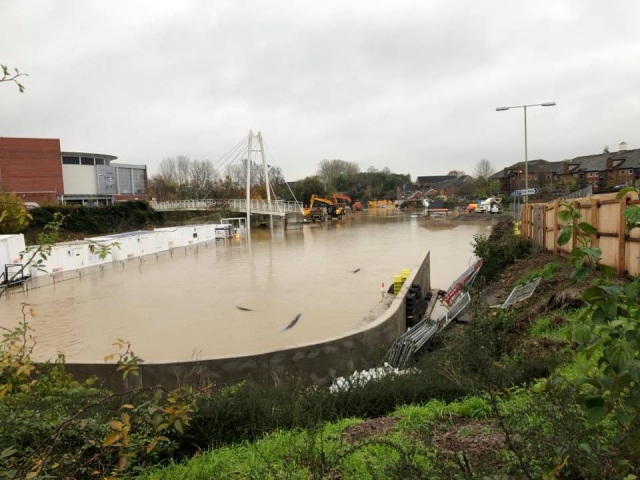 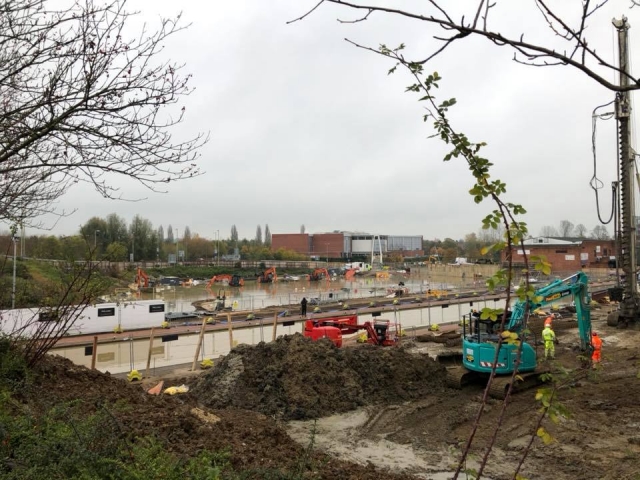 On Thursday evening the Environment Agency updated flood warnings to advise that property flooding was possible in North Oxfordshire following Wednesday and Thursday’s downpours.   The warning highlights two areas of the River Cherwell from Charwelton to above Banbury and again from below Banbury to just above Upper Heyford.

The notice stated: “River levels are rising on the River Cherwell as a result of heavy rainfall. Therefore, flooding (of property) is possible overnight. We are not expecting property flooding except for those closest to the river. Peak levels will be similar to the flooding in March 2016”.

The warning noted, “We expect river levels to remain high over the coming days. We are closely monitoring the situation. Our incident response staff have been in the area clearing weed/trash screens.

In Banbury Town Centre the area surrounding The Mill and the Castle Quay 2 development is all affected as the Cherwell has burst its banks in this part of town.

On Friday morning Station Road in Cropredy remained closed.   These roads were affected by flood water, but passable with care:

Wykham Park Academy has announced it will remain closed on Friday.  The school says it plans to open as usual on Monday 18th November.   They have also confirmed that all revision lessons over the weekend have been cancelled.

Cropredy Pre-School will remain closed on Friday due to local flooding.   Parents are reporting the primary school has also issued a closure email, but that is yet to be confirmed to Banbury FM. 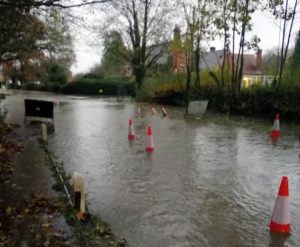 Heavy rain caused a number of problems on Thursday with the Environment agency having flood warnings in place for the potential of flooding around the River Cherwell from Charwelton to just above Upper Heyford and also along the Sor Brook and The Bloxham Brook and their feeder rivers. They predicted that farmland and local roads around these were likely to experience some flooding.

Cropredy Primary School was closed all day due to flooding in the village.

On the trains heavy rain flooded the line between Cheltenham Spa and Birmingham New Street leading to a closure during the morning and trains running at a reduced speeds later on. 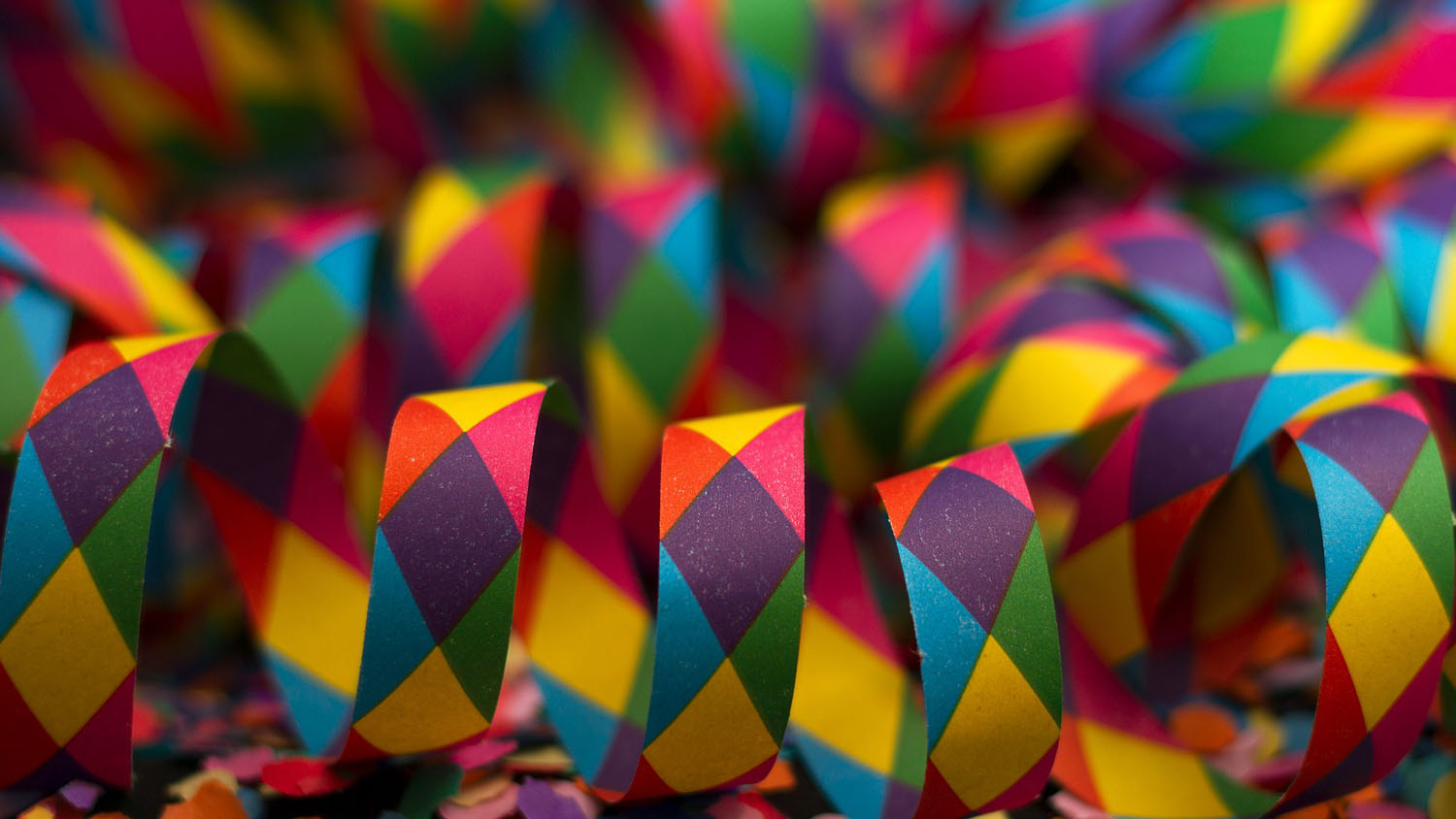 Many think Saturday evening is the best evening of the week and we've got plenty of your favourite music lined up to accompany whatever you are up to.   And because it's Saturday evening will throw in a few party classics as well! Whether you are meeting up with friends, having people round, getting in a takeaway, heading into town or just chilling out at home, stick with us and we'll provide the soundtrack for that perfect evening. 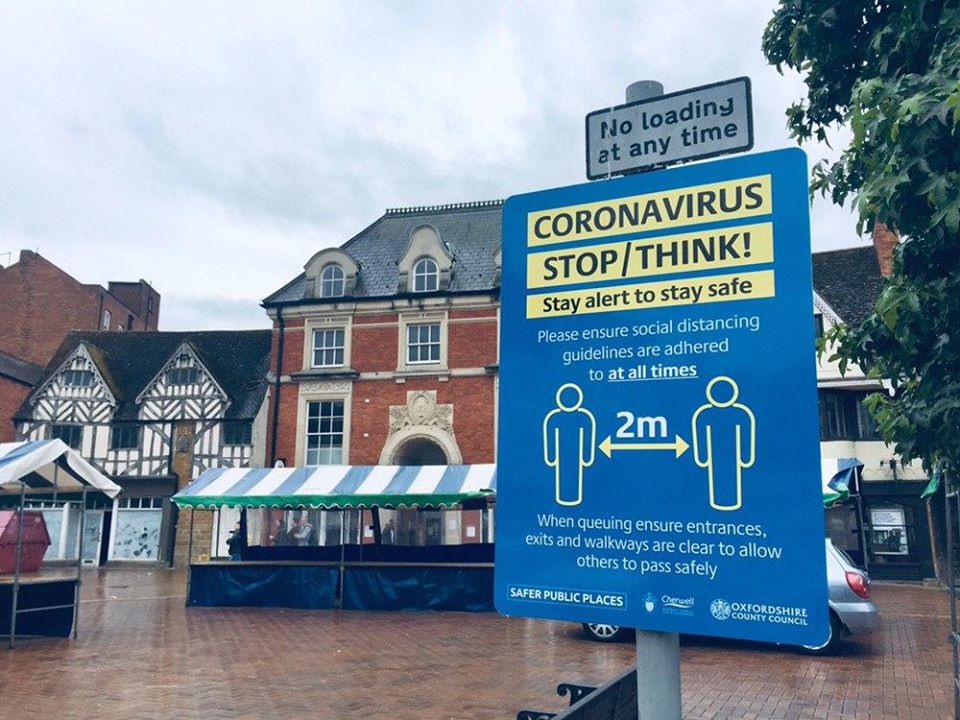 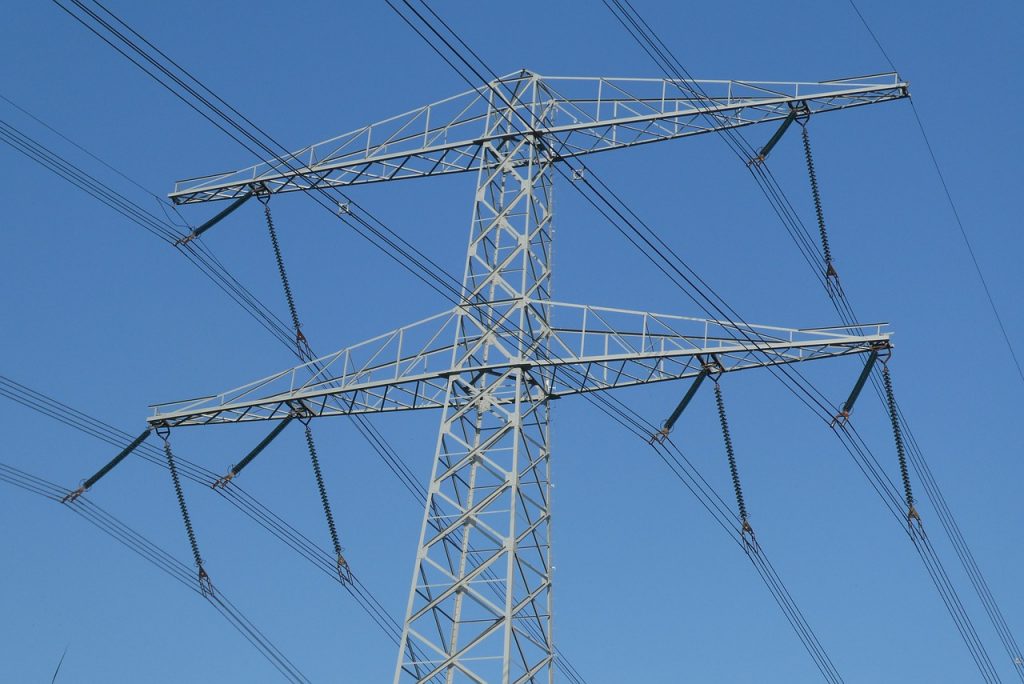 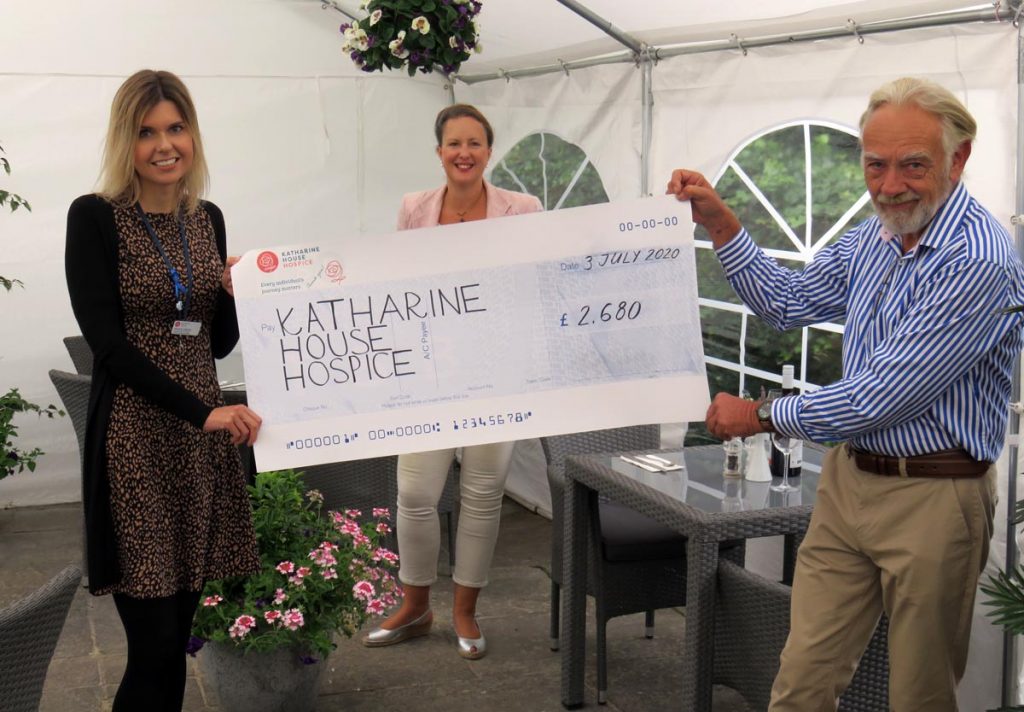