Our campaign for an FM licence

Banbury FM is working to persuade the regulator Ofcom to allow us to broadcast on traditional radios.   We want them to make an FM frequency available to us and also award a licence to operate a DAB digital radio licence to the group we are leading. 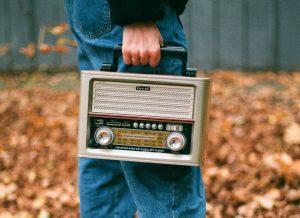 This page gives you an update on our campaign to be able to broadcast to traditional FM radio.

You can also read about our part in plans to bring local digital radio to our area.

This article gives an overview on the first stage of our campaign for both digital radio and FM from 2021.

The broadcasting regulator, Ofcom, are introducing local digital radio across the country, but we believe many people still want to listen on FM.

Ofcom told us they would consider our case and so a well supported, and comprehensive submission was made in December 2021.   Ofcom rejected the case in January 2022.

The Banbury FM team have not given up and will continue to lobby for our area to be given the same access to FM broadcasting as other areas already have. 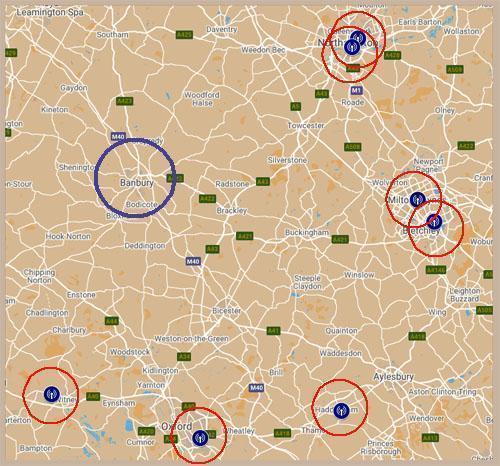 Why should the regulator give us an FM licence

In other local areas Ofcom have allowed FM community stations – shown by red circle on this map.   Banbury is clearly overlooked.

Our case from FM to Ofcom

Banbury wrote to Ofcom in July 2021 requesting that they consider a further round of FM community radio licencing for areas such as Banbury. Ofcom replied saying:

Although we do not currently plan to invite applications for analogue licences while we are in the process of licensing small-scale DAB services, we may consider exceptional cases to our policy on the prioritisation of small-scale-DAB.

This provides stakeholders with an opportunity to justify why Ofcom should consider a local round of analogue licensing for their specific area against Ofcom’s current policy prioritisation. It should be noted however that the bar for exceptions to our policy is very high.

Banbury FM put together a robust and well reasoned case. Motions of support were passed at Banbury Town Council, Cherwell District Council and Oxfordshire County Council.   MP Victoria Prentis agreed to write in support of our plans and a number of charities, local businesses and individuals did the same.

On December 14, 2021 we submitted our case to Ofcom. Amongst the points we raised the document highlights:

We are not alone

Banbury FM’s campaign made the national trade media and that encouraged a large number of other stations around the country, who are in a similar position, to get in contact.   They too believe that Ofcom need to act to allow local people to have access to a local community station on FM.

Whilst not licencing any new stations Ofcom have been handing out extra FM frequencies to existing community stations, allowing them to extend their coverage areas.

We feel it is not fair some parts of the country are being denied a community radio service but at the same time Ofcom are allowing other stations to use any spare capacity to grow mini networks. 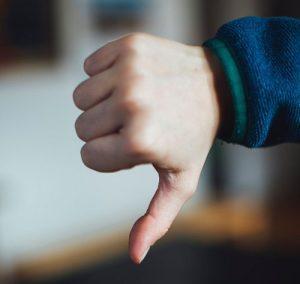 At the end of January 2022 Ofcom replied to Banbury FM’s submission, but rejected the case saying they did not feel Banbury’s case was “exceptional”.   They said only exceptional cases would be considered as a reason to spend time advertising further FM licences during a period when the broadcast team’s main work was rolling out Small Scale Digital Radio multiplex licences.

The regulator did not investigate Banbury FM’s assertion as to how well Banbury was served by other radio stations, but noted a similar case could be put forward elsewhere in the country.

They did accept that a community station for our town would have benefits.

In summary the regulator said: “We do not consider the circumstances you have set out in your email to warrant Ofcom departing from its current policy prioritisation to license small-scale DAB services instead of analogue community (or commercial) radio licences.”

Banbury FM intends to continue campaigning for an FM licence to be made available for our area.

We also believe that whilst Ofcom is refusing to allow areas such as Banbury an FM frequency, they should stop handing out new frequencies to existing licences.    In doing so they risk jeopardising any future new station’s chances of being allowed an FM frequency through lack of availability due to nearby stations having been allowed all the available resource locally.

It is also imperative that the DCMS and Ofcom begin a complete review of the FM waveband which currently has the BBC and two major groups utilising huge swathes of the available capacity for pseudo-national programming.